RSS summer enrichment ‘a second opportunity for students to shine’ 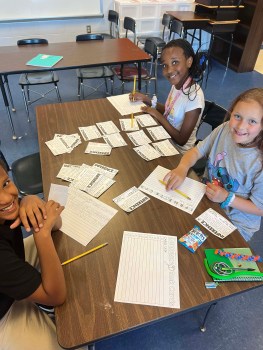 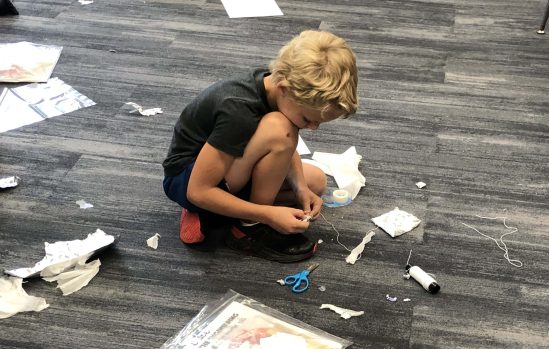 SALISBURY — Rowan-Salisbury Schools’ regular summer programs run through June 23, and the district is trying to make them a positive experience for all students.

Chanel Sidbury, district executive director of professional learning and student engagement, said the programs aren’t the same as “summer school” and the negative connotations that come with that phrase.

“I want to try eliminate any barriers or correct any misconceptions families have about summer learning,” Sidbury said. “We want to destigmatize what summer learning is. This is just a second opportunity for students to shine.”

The district also has raffle prizes for popular technology products like Apple Airpods for students who attend the summer sessions.

Sidbury said the district is looking for more middle and high school students to take advantage of its programs. For high school students, the focus is to get them to recover credits so they can graduate on time. The elementary programs focus on reading proficiency, something the state points to as critical in elementary school for students to stay on track through graduation.

Sidbury said the summer is a chance for students not reading on grade level to get instruction in small groups of less than 15 with one teacher.

“Students really get a personalized feel,” Sidbury said, adding it also gives students a chance to have a fresh start with new teachers. Students are also getting the chance to do hands-on science learning, and get extra social-emotional support.

Older elementary students have a more traditional schedule, with a mix of core subjects throughout the day.

Credit recovery for high school students has also been streamlined. Students take diagnostic tests for courses they are looking to get credit for so they can focus on mastering the material quickly.

“If I was not able to pass say, math one, and I come to summer learning, I don’t have to take the entire course over,” Sidbury said.

Programs are not being offered at every school. For example, North Middle and Knox Middle are feeding into one site at North High.

More than 1,100 students attended this year’s programs, down a bit from last year when more than 10% of the district’s students enrolled, but last year was exceptional. This year’s summer learning is coming on the heels of a state-mandated and funded expansion of the programs in 2021 with the goal of addressing learning loss.

The programs are all voluntary and Sidbury said the district enrolled about half the students it invited to this year’s programs, but she said the goal is to get that figure to 100%.

“I know that sounds crazy and aspirational, but I want as many students that need this opportunity to have it,” Sidbury said.

China Grove Middle’s Angela Ramey has been summer teaching for two years. She said she tries to bring the real world into math lessons to help students connect with them.

Recently, she took students outside to write expressions and solve equations on the sidewalk. They also played the game 24 and students wrote the expression to solve the game on the sidewalk after they figured it out. She has worked other games into her lessons as well.

When programs started, teachers had a dance party waiting for the students when they arrived. Ramey said students have been surprised by the entire experience. The teachers also make a point of telling students they are there to engage with extra learning and the programs are supposed to be a good experience, not a punishment.

“They would say things like ‘I didn’t expect this’ or ‘I thought I was being punished by being here,’ ” Ramey said.