Aimee Wah: ‘I don’t want her to have died in vain’ 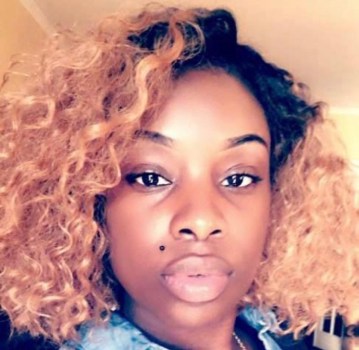 Aimee Wah on a family vacation to Oak Island two years ago when she was expecting the twins. Antoine Mills accompanied the family on the vacation and Aimee's family said he seemed ‘so happy, he smiled all the time.’ submitted photo 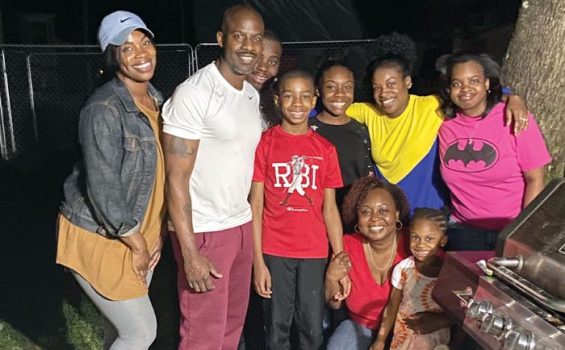 Wah family group photo at Oak Island. Aimee is on the far left.

SPENCER — Sometimes the moments of greatest pain and loss lead us to moments of great strength, and so it is with the family of Aimee Wah, who was allegedly murdered by her partner at the age of 32, leaving behind four children, a mother, siblings and extended family, and a stunned and grieving community.

As Wah’s mother and siblings gathered to remember their daughter and sister, the overriding message they kept coming back to is how much they want her death to have meaning.

“I don’t want her to have died in vain,” said Tiffany Wah, who is married to Aimee’s brother, Andrew Wah Jr. “I so hope even just one young person can see themselves in her story and recognize they need to get out, that even one life can be saved. I hope her loss can be a divine intervention for someone else.”

Aimee grew up in Spencer where her parents had settled into a home. She became involved with her partner, Antoine Mills, 36, as a teenager, and the couple had four children together during their tumultuous relationship. Their oldest daughter, Anyshja, is now 14, their son Ashjae, 6, and the twins Aeiress and Aries, 2. (All but two of all family members’ names begin with the letter A).

According to her family, it was always a challenging relationship.

In the wee hours of the morning on June 2, that all came to a head, when police reports say Mills shot Wah in the face at about 6:30 a.m., then walked out of the North Salisbury Avenue house. Aimee’s children, mother and sister were all at home at the time.

It was a devastating loss for Elizabeth Wah, Aimee’s mother, who is wheelchair-bound with paralysis and whose husband, Andrew Sr., died on Oct. 21, 2021. Shocked by what had happened, and reliving the horror every time another family member arrived at the home, Elizabeth wept openly, for her daughter and for her grandchildren and the trauma they were caught up in.

But June 2 was not representative of Aimee’s life.

“She played the flute in high school band, first chair, which means she was the best,” her sister Alizabeth said proudly. “She was incredibly talented. And interested in everything. Asking questions about anything and everything that came along and caught her attention, from the time she was little.”

Andrew Wah is 15 years older than Aimee, and often ended up with babysitting responsibilities, for both Aimee and Alizabeth, a year and a half younger than Aimee.

“She was my little sister,” said Andrew. “The best way I can describe it is she was juggling blindfolded on a unicycle sometimes with all that life brought, but she always did the best, more than expected, with what she had.”

All the family noted that not only was she curious, but she took advice willingly, rather than bristling under it. And she “always took accountability for her actions,” said Alizabeth. “And though she would give you everything she had and never expect recognition, she did want you to know if she’d taken your advice and that it had worked. She wanted you to be proud of her.”

Aimee and Alizabeth were both involved in an altercation during their teen years that resulted in a prison term for Aimee, but even then, she made the best of it, getting her GED while incarcerated and coming out determined to be a better person. Aimee served only three years of a six-year sentence, returning home in late October of 2015.

“I didn’t even know she could get upset,” said older sister Madeleine. “She thought things through before she acted as she grew up. She was always calm, always portraying that everything was OK. Everything could be falling apart and she’d smile and say all was OK.”

Alizabeth agreed, saying she herself is the one with more of a temper, but Aimee was the one who would settle her down.

And when it came to Mills, she took the same calm, determined approach. Initially, when she came home after her incarceration, she was determined not to see him.

“She was focused on taking college classes and raising her daughter,” said Alizabeth. Aimee had also been taken under the wing of some older women while in jail, women who gave her “wonderful guidance,” said Tiffany’s sister, Theresa Stinson. “They helped her realize that her mistakes did not define her, and when she came home, she was another person altogether. Stronger, more sure of herself. She was fierce about not wanting to cause others pain ever again, and she lived that every day of her life. And she did not want him in her world.”

But Mills’ family reached out, saying Mills wanted to be a father to their daughter and promising things would be better. Wanting her child to have a family, and still in love with Mills, Aimee relented.

“He didn’t have a great early life, and she thought she could make him better,” said Tiffany. “We were not as sure, but she loved him, and family was so important to her, so we did our best to support her. And I don’t think she wanted us to know how bad things were, because she always behaved like she had the situation under control and we didn’t need to worry.”

When presented at the magistrate’s office to be officially charged with murder, Mills told the judge he is not employed. Court records indicate his interactions with the criminal justice system date back to at least 2007, and that drug and alcohol appear to have played some part in those interactions, resulting in drug possession and impaired driving charges.

But Aimee believed in him, said her family, and court records indicate his last previous court case was in 2018, so there was change. Meanwhile, she worked to put her own life on an upward trajectory. She got a job driving with Elite 360 Transportation, an Amazon Delivery Service Partner out of Charlotte, and had just been promoted.

“We at Elite 360 Transportation were overwhelmed with grief after hearing about the tragic death of Aimee,” said Rachelle Latimer, owner of Elite. “She had been a valued member of our team since she started just a short time ago. She moved very quickly up the ranks, and had been recently promoted to dispatcher from delivery driver. She was well loved and respected by all and displayed true leadership. This is a terrible loss for us all. Our hearts go out to her family. This will impact us all for quite some time.”

Her family and her children felt Aimee’s success, as well, and made a point to say that Aimee was the cog in the family wheel.

“I can’t think of a time I’ve been more proud of her,” said Madeleine. “And she ran the house as well. Now when we’re trying to figure something out, it’s always ‘well Aimee took care of that.’ She was so capable.”

Her mother said through tears that Aimee was “the sweetest person. She gave me everything. She worked so hard, did so well, and I don’t know what to do without her.”

Aimee babysat for her nieces and nephews, was caregiver to her mother, was a devoted mother in her own right, not only caring for but devoting play time to her own children, managed all the bill paying and technology — “She made sure everything kept going,” said Tiffany.

Andrew said his sister had told him in recent weeks that she was ending the relationship, and that Mills had confirmed that Aimee was leaving him. Aimee had been approved for an apartment of her own, and was planning to move out over the summer. She had made it clear to Mills, they said, that the relationship was over.

The family acknowledges they may never know exactly what prompted Mills to take the life of someone who tried to love him, tried to give him a family and a normal life. What they do know is that Aimee was only beginning. She was on her way up, to a new home, a blossoming career, with four children she adored and who loved her.

“I know God is moving with us and will get us through this,” said Theresa. “I hope if people can see themselves in her story, that they realize you can change. You can choose happiness. And that in life there comes a time when you need to let go.”

Alizabeth, affectionately known as Liz, said Aimee has been her sister “all my life. She is a part of me. I hope she knows, we’ve got her back. The children will be OK. They will remember her, and we will make sure they are always loved the way she wanted.”

Andrew said Aimee’s family has not seen or talked with her children since her death. Mills’ family has temporary custody of the children. That might seem like another emotional hurdle to get over, but the Wah family is extraordinary in its strength.

“We are trying to work this out amicably between the families,” Andrew said. “These children have lost their mother and their father. They are going to need, as they say, a village to be their support system. His (Mills) family filed paperwork first, so the children are with them, and we believe they are well cared for. But we are hoping to get at least visitation if not custody issues addressed so we can talk with them, see them. But we do not want to fight over the children. His family did not do this.”

The family has established a GoFundMe page called Aimee’s Angels to raise money for the children’s future, to help cover costs of education and things like instruments, should any or all follow their mother’s footsteps and take up music, or uniforms if they play a sport. And maybe even a little for college.

While they wait, and hope, the family is preparing for their final goodbyes. Services are being planned by Noble and Kelsey Funeral Home in Salisbury. Tributes can be left on the funeral home’s website and info on services can be found as they are decided. Aimee Wah’s body will be laid to rest on June 24, but her family is determined her name and her memory will live on always.