SALISBURY — A new curriculum audit commissioned by Rowan-Salisbury Schools recommends the district drop some of its curriculum products because of overlap.

Executive Director of Professional Learning and Student Engagement Chanel Sidbury reviewed the results of the audit with the district Board of Education on Monday. The audit was performed and a report on its findings was compiled by the firm Education Insight Group and funded a federal grant the district was awarded in 2020.

She started by defining curriculum.

“Curriculum, in general, is an all-encompassing term,” Sidbury said, adding it does not refer to a single piece of material or tool. 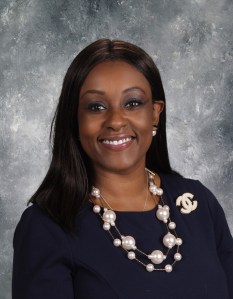 Sidbury said research is clear a high-quality curriculum is a core part of student achievement and some goals are a curriculum that provides universal screening, differentiated instruction, intervention in core subjects, is data driven and can monitor progress.

The audit took faculty feedback into account on problems with choosing curriculum in the past. Sidbury said some of the feedback was the process felt top heavy, lacked engagement and transparency, missed parts for implementing curriculum and limited the investment in professional development to accompany curriculum.

The audit recommends dropping several products because they would overlap with a new formative assessment tool the district selected via a request for proposal, Curriculum Associates’ iReady.

The assessment tool was the most highly regarded by district staff who scored seven vendors and is currently highly regarded by industry. The resources that would be dropped because they overlap with iReady and are expensive are Freckle/STAR for elementary school, Exact Path for middle and high school and the Discovery Education math electronic textbook.

Notably, the audit recommends discontinuing use of both Achieve3000 and the tool Smarty Ants, from the same company.

The district is recommending it drop Achieve3000 because of feedback from staff, lacking data to support continuing to use the literacy program, lacking data from the government resource What Works Clearinghouse and industry publication EdReports.

The district also points to low usage in secondary schools and the cost of the product. Teachers pointed to technical issues with Smarty Ants.

The district does plan to continue to use the Achieve3000 resource Actively Learn, which received positive feedback from staff. The audit also recommends continuing to use Edmentum for high school course material and the resources for grades 6-12, and Discovery Education’s science textbook.

Administration plans to negotiate and bring curriculum contracts back for board approval at the June 30 meeting. The district plans to start professional learning for faculty in July.