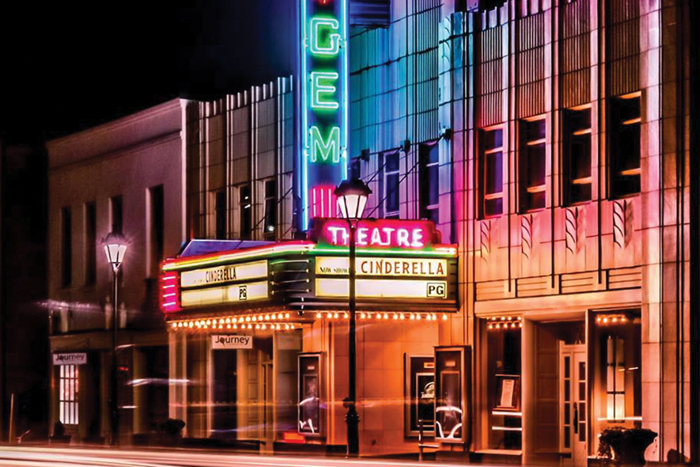 KANNAPOLIS — The Kannapolis City Council moved to further solidify the city’s oversight of the historic Gem Theatre on Monday with a resolution to formalize how the venue will operate.

The resolution creates an independent contractor agreement between the current owner of the theater’s business operations, Steve Morris, and the city, under which Morris will act for two years as manager of the facility and as liaison to the city’s parks and recreation director.

The resolution also confirmed that the city will take over all assets and revenue streams for the theater and,   manage expenditures of the venue as well. The Gem Theatre has been open for 85 years and was previously designated on the National Register of Historic Places. Kannapolis City Manager Mike Legg has requested $325,000 to purchase the building and $737,795 for management and operating expenses as part of his 2023 fiscal year budget.

A proclamation from the mayor’s office was presented, encouraging, “all citizens to support the community’s efforts to prevent the horrific effects of gun violence and to honor the lives of gun violence victims and survivors.”

Also, a church in Rowan County has asked to be annexation into the city of Kannapolis. The property is currently in an unincorporated area of the county and the members of Jackson Park Pentecostal Holiness Church are requesting annexation to “improve emergency response services.” The matter is currently under review to ensure the legality of the request and a public hearing will be held on June 27 at the next council meeting.