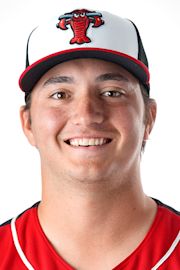 BOWLING GREEN, Ky. — Owen White turned in a dominant start for the Hickory Crawdads on Saturday in a 3-1 win against the Bowling Green Hot Rods.

White (Carson) struck out 11 in seven innings. He walked two and allowed two hits. He threw 96 pitches, 61 for strikes.

White (6-2) has won his last five starts and is ranked eighth among Texas Rangers prospects.

The Double A Frisco RoughRiders — that’s in the Dallas area — would be the next move up the minor league ladder for White, and that’s likely to happen in July if he continues to excel.

Austin Love (West Rowan, UNC) won his start on Friday for Peoria and is 3-6.

He allowed three runs in five innings. He had five strikeouts and no walks.