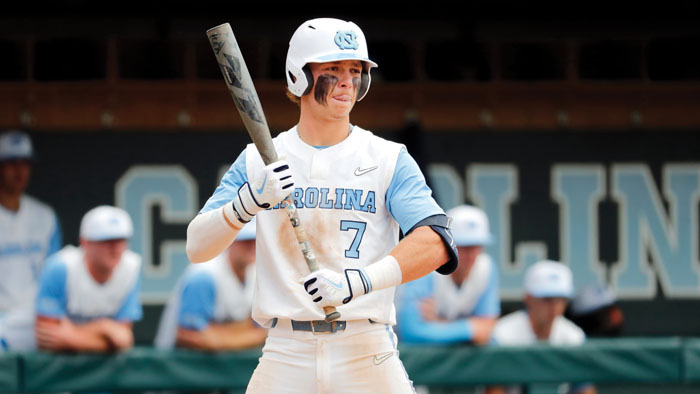 CHAPEL HILL — The seasons ended for the North Carolina baseball teams in Super Regional play on Sunday with UNC losing 4-3 to Arkansas and East Carolina falling 10-1 to Texas.

Arkansas scored two runs in the ninth to edge the Tar Heels.

North Carolina (42-22) took its first lead when Tomas Frick led off the top of the ninth with a double and then scored on a two-out single to right by Patrick Alvarez to make it 3-2.

The game went into the first of two weather delays with no score in the third and resumed play nearly two hours later. The second delay, which lasted about an hour, began with the scored tied 2-2 in the eighth,

The Razorbacks pitched around Vance Honeycutt, walking the freshman from Salisbury three times in his four plate appearances.

Honeycutt, who turned 19 in May, finished the season with a program record 25 homers in 64 games and was UNC’s first 20/20 player.

On Monday, Honeycutt was named to another Freshman All-America team. He’s on the 17-man first team announced by the National Collegiate Baseball Writers Association.

Honeycutt finished second in the ACC in steals and fourth in homers.

He was named to the Collegiate Baseball Freshmen All-America team earlier.