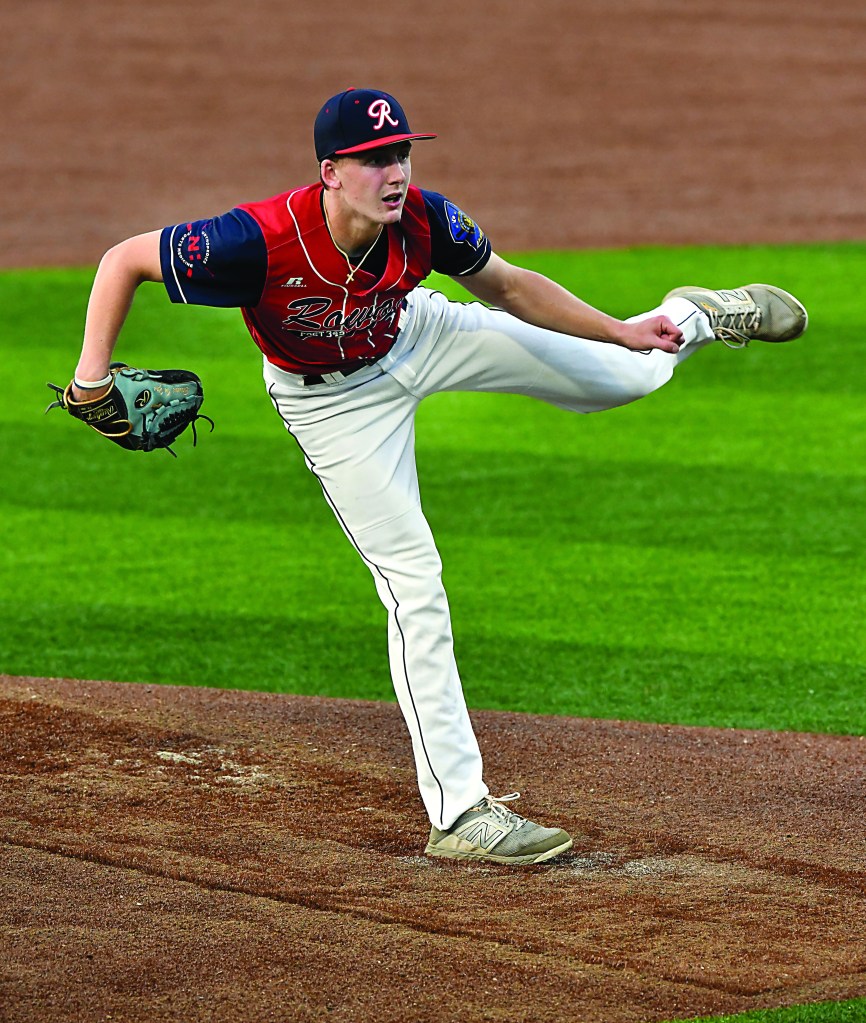 SHELBY — Jackson Deal had four hits and Casey Gouge struck out five, but the most important numbers were 4-6-3.

Rowan County’s infield turned double plays behind Gouge in the sixth and seventh innings in a 5-1 win against Cherryville at Shelby’s Veterans Field at Keeter Stadium.

After romping twice in ugly walk-fests on Saturday, Rowan (12-5) turned in one of its strongest outings of the season on a hot Sunday afternoon, putting together pitching, offense and defense.

The critical moments in the game came in the top of the sixth.  Gouge needed only 59 pitches to handle the first five innings and took a breezy two-hitter and a 4-1 lead to the sixth. That’s when he was greeted by three consecutive singles, and Cherryville had the bases loaded with no outs.

Gouge got the strikeout he needed for the first out. Then he got a ground ball to second baseman Luke Graham, who started a twin killing to end the threat. Cole Johnson turned the double play, and first baseman Aiden Schenck finished it.

Cherryville (8-6) had a runner on in the seventh after a one-out error, but one ground ball later, the game was over.

After starting the season 2-3, Rowan has won 10 of 12. Rowan has won two of three against Cherryville, which clobbered Rowan with three homers on Friday.

Gouge (4-0) struck out five and allowed five hits and one walk.

Rowan led all the way. Johnson led off the bottom of the first with an infield hit, and Deal pulled a two-run homer to left field.

Rowan made it 3-0 in the second. Cameron Burleyson had a hit that got past the right fielder and he continued on to third base. He scored on Graham’s groundout.

Cherryville scored in the third with the aid of a throwing error to get back to 3-1.

Solid hits by Zack McNeely and McCall Henderson pushed the lead to 4-1. McNeely scored from first on a close play at the plate on Henderson’s double.

In the sixth, Johnson got his third hit of the day and scored on Deal’s fourth hit for a 5-1 lead.

Deal had a homer, double and two singles to lead Rowan’s 12-hit attack.

The June Classic had been scheduled for two pool games on Saturday, plus semifinals and a championship game on Sunday, but the schedule was reduced to one game for the top two teams from each pool on Sunday. Rowan won its pool, while Cherryville was deemed second in its pool (behind Wayne County) via a runs allowed tiebreaker.

Rowan plays at home against Mooresville on Tuesday at 7 p.m. and against Caldwell County at home on Wednesday.