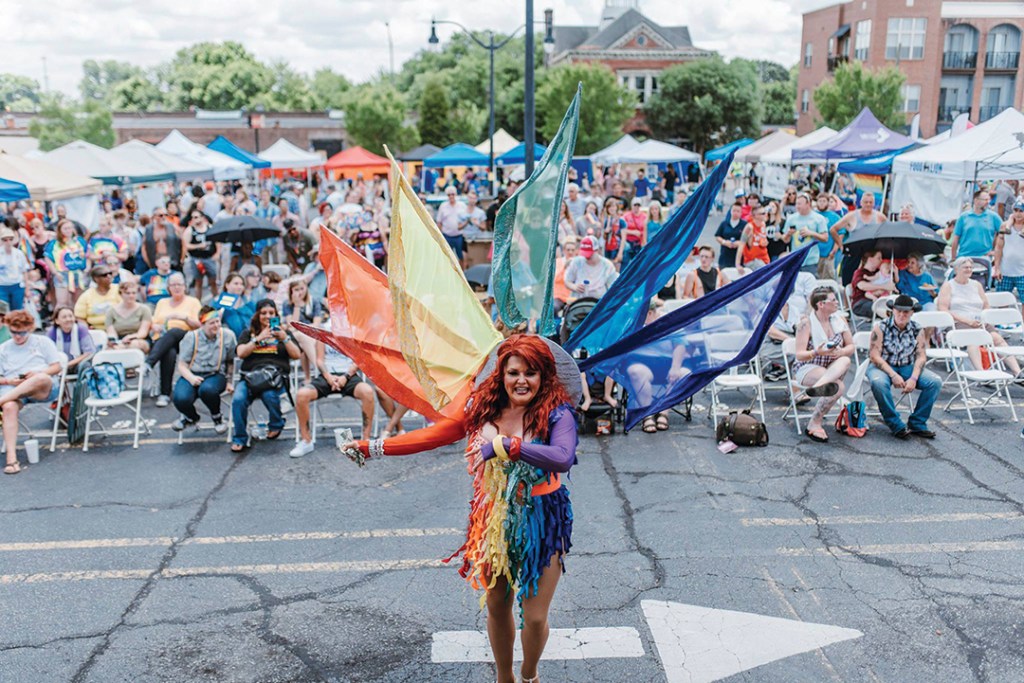 Submitted photo: Jamie Monroe performing at Salisbury Pride Festival, an event to bring together a community and embrace their truth.

SALISBURY — For the local LGBTQ+ community, the Salisbury Pride Festival has become one of the most important times of the year for support and representation in Rowan County.

The Salisbury Pride organization has put off the annual event for the last two years due to the COVID-19 pandemic but President Tim Coffey said now’s the time to return. The event will be from 11 a.m.-5 p.m. on Saturday, June 25.

“It’s been a difficult stretch for everyone,” said Coffey. “We get to come back and celebrate as a community. It’s so important for so many people to be able see that embraced in Salisbury.”

This year’s festival will be held at Bell Tower Green with performances at the amphitheater by bands and drag kings and queens. The former Wells Fargo lot will feature a DJ and additional performers. East Coast Giants Stilts Walkers performer Michael Bramson will be roaming the park in his first time attending.

According to Coffey, the organization wanted to be creative with the location for the return of the festival. Though the event has always been family-friendly, an area in front of the Rowan County Public Library Main Branch will be set up for kids and performers such as the Soap Bubble Circus. For the first time, a 360 photo booth will be on site for a way to capture the celebration.

“We are so excited to be back,” said Vice President Becky Lane. “Longtime event goers and the board have missed it. They can come and be their truth and be supported and loved. It’s important now more than ever with the anti-LGBTQ+ legislation going on in our country right now.”

Heather DePalma-Spivey, board member of Salisbury Pride since 2011, said bringing the event to a new location after nine years presents challenges.

“We will have to figure it all out, especially coming back after two years, but it’s a challenge we’re willing to work through,” she said. “I’m excited. The new location is awesome.”

Vendors and sponsors have 127 of the 10-foot-by-10-foot spots filled, with some of those being double. Linda Ketner, daughter of the late Food Lion founder Ralph Ketner, will be the main stage sponsor.

An after party will be held at Fish Bowl on East Innes Street beginning at 8 p.m. until performers are done with entertainment.