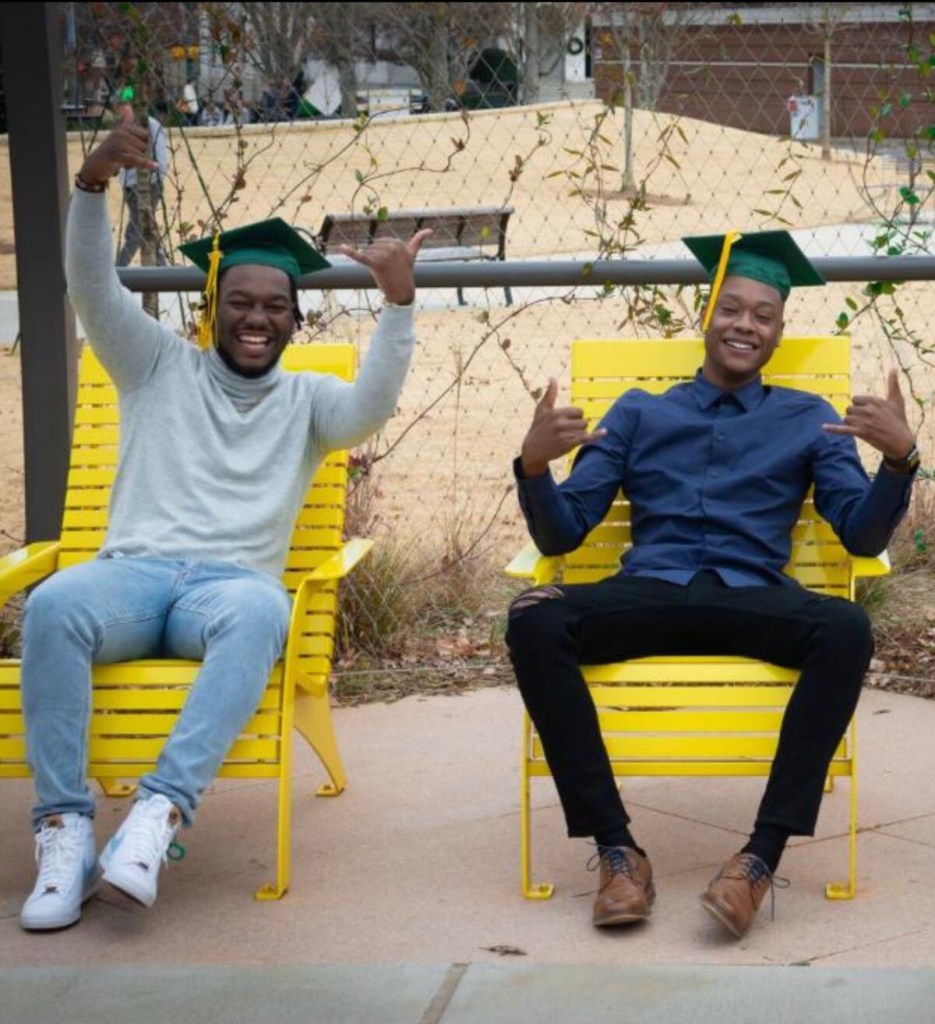 SALISBURY — Funding a scholarship is not high on the to-do list of most fresh college graduates, but for a couple of local UNC Charlotte alumni they wanted to start giving back early.

Kendre Bates and Joshua Ellis both graduated from Charlotte with computer science degrees in December. The longtime friends graduated from North High together in 2018 and decided they wanted to do something good for their high school.

“We love to see young kids doing good in this area,” Bates said. “In this area, you hear a lot of bad coming from our communities so we try to support those trying to make something out of themselves.”

The first award of $1,000 went to North graduate Hannah Wilkerson. Bates, who still lives in Rowan County and works remotely for a pharmaceutical company based in Massachusetts, said there are several goals for the scholarship going forward: increasing the number of awards, the amount, adding renewability and looking to expand it to other local high schools.

Bates said the scholarship is for minority students planning to further their education after high school, whether attending a four-year institution, community college or trade program.

Bates said he has always had a giving mentality, and he wants to make sure students like him can pursue their education.

“I was an all-A student, I had a 4.7 GPA, but for some reason I couldn’t seem to rack up scholarships myself,” Bates said. “I got a pretty decent amount, but I felt I should have more and I wanted to help someone else in my situation.”

Bates said he has family members that work at North Rowan.

Ellis moved to Texas for work, but he said he wants to give people back home the opportunity to chase their dreams. He said he was lucky enough for his family to be able to support his education and he wants to do the same for other students.

“It was coming from my heart,” Ellis said. “I want to help someone out and continue this tradition. I’m a Salisbury native and I like seeing people do good, honestly.”

Ellis said he has known Bates since they were kids and played basketball together. They went to different schools but the friends reunited in high school.

“We were actually in the same preschool class, but we just didn’t know each other,” Ellis said.

Ellis said he was not chasing publicity for the scholarship, and neither him nor Bates tipped off the Post about the award. Craig Thomas mentored Bates and has worked with North students over the years. He let the paper know about the new scholarship.

“I’m 52, Kendre is 22, and Kendre is like my role model,” Thomas said, adding Bates is one of the most focused and driven students he has ever worked with.