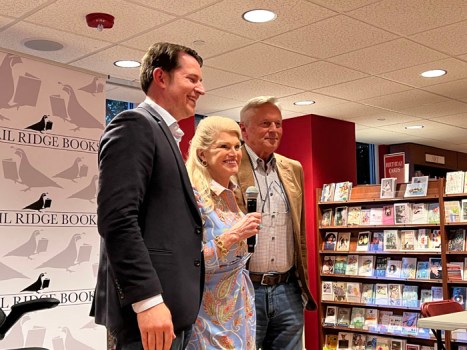 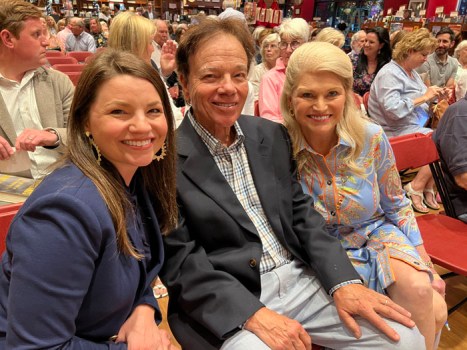 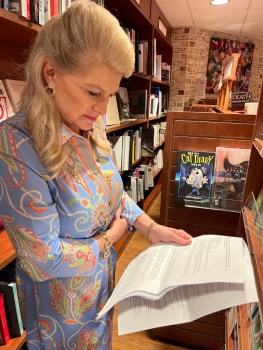 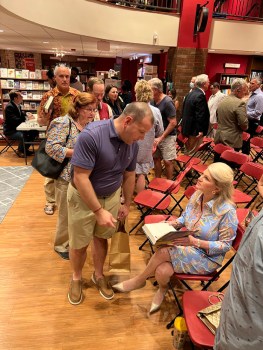 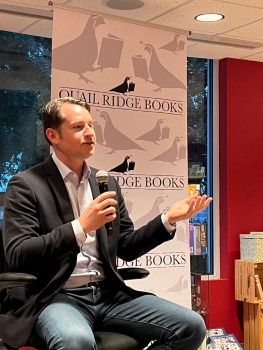 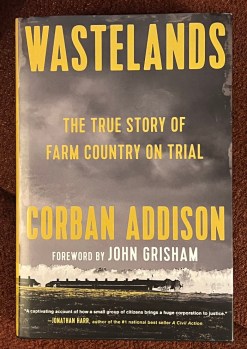 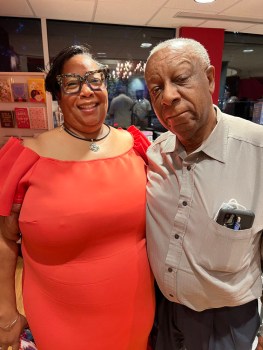 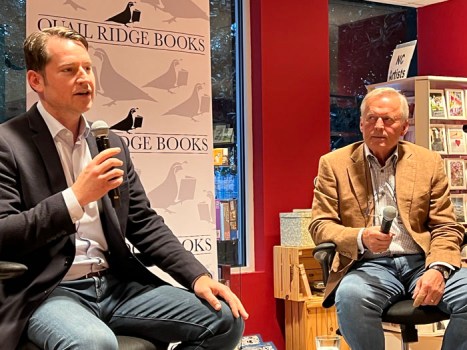 RALEIGH — Mona Lisa Wallace had a story to tell. For years, she and her firm, Wallace & Graham, had been fighting Boss Hog — the hog farms in eastern North Carolina that had ruined surrounding farmlands with their waste.

So she called a storyteller, Salisbury native and bestselling novelist John Hart.

There was just one problem. Hart doesn’t write non-fiction. Still, Wallace was in luck.

“I know exactly the right person for you,” Hart told Wallace.

That person is author Corban Addison. Most Friday afternoons, Addison and Hart get together near their Virginia homes with fellow writers John Grisham and Inman Majors to discuss books, readers and drink a little wine. Or maybe more than a little wine.

“I knew Corban would get his teeth into it,” Hart said Thursday. “He’s very meticulous in his research.”

Wallace and Addison met within 24 hours.

The result is a new book, “Wastelands: The True Story of Farm Country on Trial.”

Addison and Grisham — who wrote the foreword — were in conversation Wednesday at Quail Ridge Books in Raleigh. They were joined by a busload of Wallace & Graham employees and invited guests from Salisbury. The bookstore was about as full as it could get. Also attending were hog farmers turned activists, fellow attorneys and plaintiffs in the five lawsuits the firm argued.

On the book’s back cover, Grisham wrote, “Wastelands is a story I wish I had written.”

Indeed, the book is fast-paced, and reads like a Grisham thriller.

Like Hart, Grisham typically does not write non-fiction — takes too long, he noted.

The night had a celebratory air for the entire firm.

Addison had nothing but praise for Wallace.

With Wallace on board, he said, it was like “the red carpet rolled out” as far as folks he needed to interview.

“Mona Lisa Wallace is a national treasure,” he said.

When looking for a non-fiction piece to tackle, he said, “Give me a true story that would hold the weight of a book, not just an article in The Atlantic magazine.”

He found that in Wallace’s story.

“It’s been a lot of hard work by dedicated people over many years,” said Wallace’s partner, Bill Graham. “We weren’t taking on a case, we were taking on a cause. It was the right thing to do. We succeeded where others did not.”

At the heart of the cases was nuisance, which goes back to Old English common law, Graham said. “It has to do with the use and enjoyment of your property. To add more insult, this is family land that was handed down generation after generation. So not only are you protecting the rights of family land, you’re doing it for generations to come.”

Most of the land around the farms was owned by Black families. They were not people of means. They had no voice, until Wallace came along.

“The irony was that the residents didn’t want to shutter the hog farms,” Addison said. “They just wanted the owners to clean up their farms.”

The book has everything that makes a good legal thriller, Grisham said — litigation, lawyers, corporate bad guys, people suffering, people who have been abused.

Lendora Farland’s parents were named in the lawsuits.

“I am so excited what they have done for our neighborhood,” said Farland, who lives in Beulahville’s McGowan neighborhood. “The hogs have been removed. It’s just a big difference. My mom sits on the porch every morning. I’m grateful.”

Woodell McGowan, another plaintiff, appears in chapter one as a boy in the summer of 1958.

“I think it is great,” he said of the settlement that eventually occurred. “We never thought anything could be done. But we stuck together, and did what we knew we could do. The thing was to get the hog farm owners to do what was right.”

Addison is buoyed by a recent glowing review in the New York Times.

“Maybe I’ve actually found something new to do,” said Addison, an attorney by training.

He next plans to write about the national reckoning on opioid abuse.

As for Hart — also trained as an attorney — he’s about 100 pages into a sequel for “Redemption Road,” but he’s not sure if he’ll continue. He started a new book last week and will know soon if he wants to pursue that. He took a year’s hiatus following the death of his mother, Nancy Stanback, last summer, and is now helping to care for another family member.

Hart will be in conversation with Addison and Wallace this fall in Salisbury.

Both titles are available at South Main Book Company in Downtown Salisbury.

Susan Shinn Turner is editor of Salisbury The Magazine.