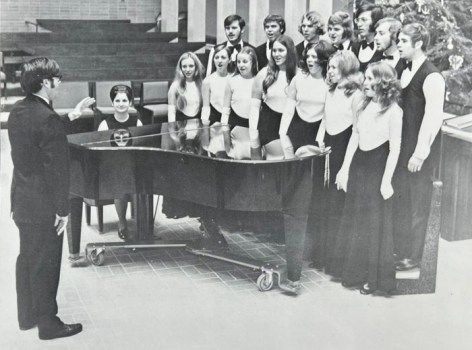 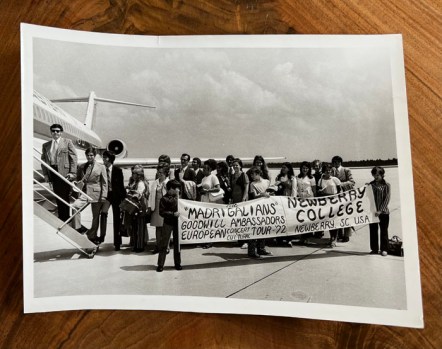 The Madrigalians leave for a goodwill tour of Europe. 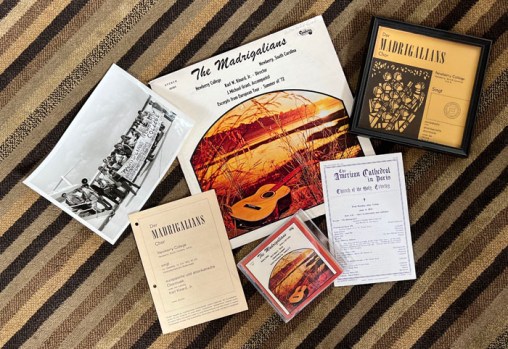 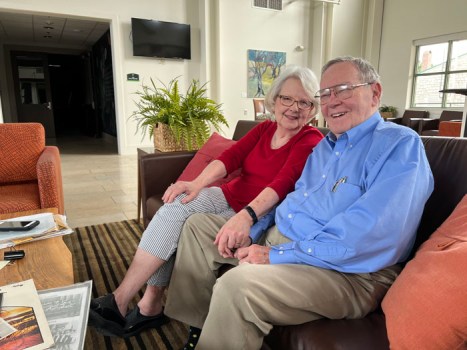 SALISBURY — Karl Kinard picks up a vinyl album of the 1972 Madrigalians European Tour highlights. He is in a wistful frame of mind.

“It was a long time ago, but they still want to have reunions,” he says.

In 1968, Kinard was hired by Dr. A.G.D. Wiles, the president of Newberry College, to lead a choir at Sunday morning services in Wiles Chapel. At the time, Newberry was a “suitcase college” — most of the students left on weekends.

At any given time, there were 14 to 16 voices in the choir, and they named themselves the Madrigalians. Mary Martha Avedisian Reed served as accompanist. They embarked on a six-week goodwill tour of Europe in 1972, in the days when there was such as thing as West Germany and East Germany. They sang sing “behind the Iron Curtain.”

Now, the congregation of St. John’s Lutheran Church will get to hear the Madrigalians as part of the group’s 50th reunion celebration June 19 during the 11 a.m. worship service.

In 1972, the group toured all over Europe: the American Cathedral in Paris, along with sites including Amsterdam, Austria, Holland, and Belgium, as well as in both sides of Germany.

Kinard calls the four days the group was in East Germany“very creepy.”

“They couldn’t go anywhere unescorted,” his wife, Rosemary, says. “They were told, ‘Do not go out of the hotel alone.’”

This was during the Cold War, and East Germany was a Communist country. The Cold War ended in 1991.

A reunion of the Madrigalians has been in the works for some time.

“Six members of the group came here about five years ago and visited us, took us out to eat and went to church with us,” Rosemary Kinard says. “We planned to have a reunion, and then Covid hit.”

Last year, she a bad fall — on the day she retired as associate parish musician, no less. After that, the group decided to come to Salisbury, which is fortuitous considering 2022 is the 50th anniversary of that European tour.

Three of the original group members have died. The Kinard estimate that he’ll be directing about 25 singers. Kinard has asked his wife — an accomplished musician in her own right — to join the group in song. He has chosen pieces from their tour, which will be incorporated into the worship service.

— “Grant Peace and Mercy” by Mendelssohn

The group will rehearse Saturday, June 18, and enjoy a meal together in the Pit catered by Trinity Oaks.

“When Karl was involved in music ministry and teaching, he was quite a force as far as his conducting and pulling together groups with success,” says Deacon Rob Durocher, St. John’s minister of music and the arts. “He has been an influencer of many people throughout his time as a musician. He stays in touch with his musicians, and this is an example — 50 years later, the Madrigalians are excited to come together and sing for others under his able direction.”

Kinard admits he is eager to see the singers.