‘On the cusp of greatness’: Rowan EDC recaps progress, looks toward future at annual meeting 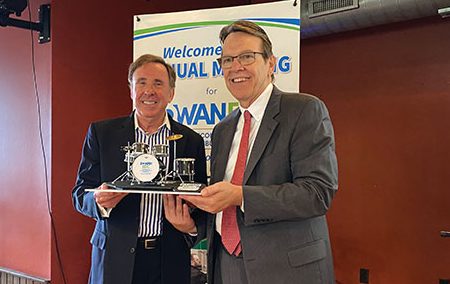 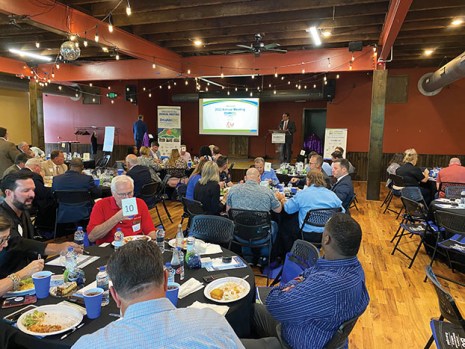 At its meeting held on Thursday at City Taver, the Rowan EDC recapped the economic progress made over the past two years. Photo by Jay Garneau. 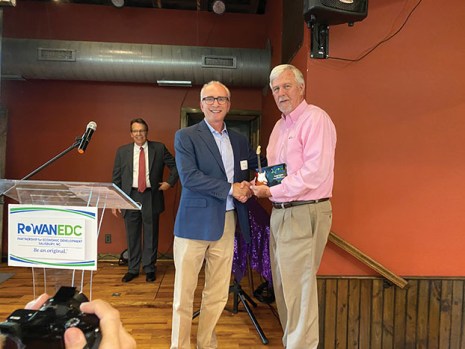 SALISBURY — When the Rowan Economic Development Council held its annual meeting in July of 2019, the organization’s staff had no way of anticipating what would come next.

“Little did we know at that time just a (months) later that there would be a national emergency declared over the coronavirus, and it changed our world completely — even within the EDC,” said Rod Crider, president of the Rowan EDC.

No one expected that it would be nearly three years before the Rowan EDC would hold another annual meeting. That was on Thursday, when local leaders gathered at City Tavern to recognize and celebrate the economic progress made during the last few years.

The Rowan EDC reports that new and existing businesses generated more than 1,000 new jobs with capital investments exceeding $127 million in 2020 and 2021 combined. Companies who have expanded include Henkel, Hexagon Agility and Innospec.

The Rowan EDC also reports having raised $1.4 million through a brand new public-private partnership model called Forward Rowan. Those funds will be used to attract and retain more businesses and to bolster the area’s workforce.

More than 15 million square feet of new development is currently being planned or under construction across Rowan County. Crider said there are plans in place for new development at every exit on I-85, except for the interchange at Innes Street that’s already completely developed.

“Overall, we’ve had really tremendous success despite the challenges from COVID that I talked about at the beginning and we’re positioned to see even greater success in the future,” Crider said.

Keynote speaker Jay Garner, president and founder of an economic development and site location consulting practice headquartered in Atlanta, commended the Rowan EDC for the progress it’s made. Most of Garner’s presentation — titled “So, you want to keep winning those projects?” — centered on ways the organization can continue to succeed.

“You’ve had some recent great success, some mega success and gotten some national attention,” Garner said. “Congratulations on that. Rowan rocks. So, now what? What do you do now?”

The first step to continuing that success, Garner said, is for economic leaders to “stay in the game” and avoid complacency. It’s also critical, he said, to have an adequate inventory of existing buildings for businesses who may be interested in expanding into Rowan County. His practice even has a trademarked phrase for that: “no product, no project.”

“If you come to fruition on that 15 million plus square feet of (speculative) space, you’re going to be significantly in the game,” Garner said.

“Do you have an inclusive enough community where people will want to move there?” Garner asked.

“I think, from what I’ve seen, and we’ve studied your county for project activity, you are on the cusp of greatness,” Garner said. “And your destiny is in your hands. That’s an awesome responsibility. I can’t wait to see what the future holds for all of you.”

The Rowan EDC also distributed several awards during the meeting.

Denise Hallett, manager of government and community relations for Vulcan Materials, was recognized as a “Rowan Rockstar” for serving as chair of the Rowan EDC’s Board of Directors for 18 months during the pandemic. Dan Peters was recognized with a similar award for his service as a former director of the Rowan EDC and treasurer. Bryan Overcash, co-founder and COO of Global Contact Services, was recognized as the “Rowan Rockstar of the Year,” receiving an electric guitar to commemorate the honor.