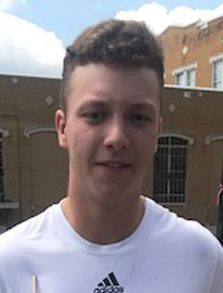 TUCSON, Ariz. — The 2022 Collegiate Baseball Freshmen All-American team has been announced and  Vance Honeycutt (University of North Carolina/Salisbury High) was one of the 17 outfielders named to the team.

Honeycutt is batting .292 with 24 homers, 56 RBIs and 29 steals. He’s second on the team in RBIs and leads in homers and steals.

Surging for the last month, North Carolina (42-20) is hosting one of the eight best-of-three super regionals, taking on Arkansas, with a spot in Omaha at the College World Series at stake.

Arkansas (41-19) is a talented team, with two top-100 prospects for the upcoming MLB draft. The Razorbacks are only 10-10 down the stretch and were winless in the SEC Tournament, but they upset Oklahoma State in a regional to get to this point.

The lone contest between UNC and Arkansas came in the 1989 College World Series.

The Razorbacks eliminated the Tar Heels by a score of 7-3. Honeycutt’s father, Bob, was on that UNC team.

• East Carolina (45-19) is hosting Texas (45-19) in a Super Regional, with noon games on ESPN2 on today and Saturday.The Pirates won their seventh regional over the weekend with a 13-4 victory against Coastal Carolina in the Greenville Regional Championship Game.