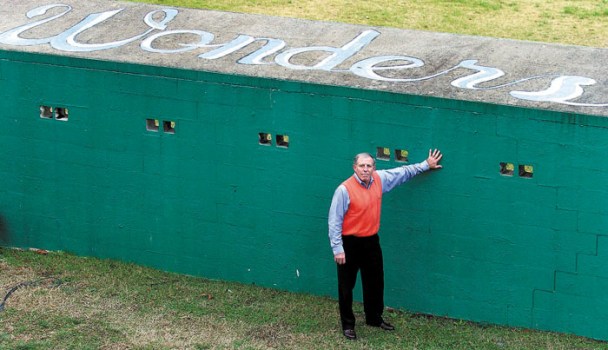 Former AL Brown Wonder Harry Greene, seen in 2005, was an all-state selection in baseball and excelled in football as well for the Wonder's in the 1960s. Photo Credit: Sean Meyers 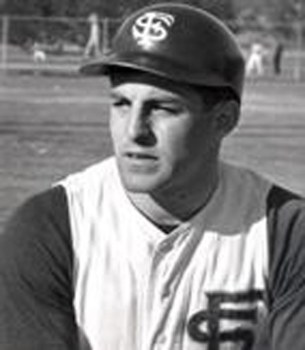 Harry Greene is seen in his Florida State playing days. 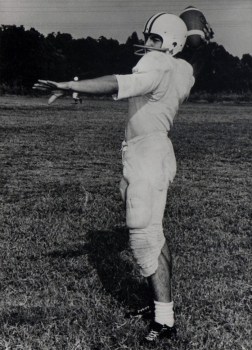 Greene took the snaps as the tailback in the single wing offense for A.L. Brown.

KANNAPOLIS — Asked a few years ago who was the best he ever played against, North Rowan star Grey Medinger didn’t have to think long.

“The football game that sticks out more than any was my junior year when we played Kannapolis,” Medinger said. “They had a running back — Harry Greene — who was the best I ever played against in high school. I just remember being so worn out from chasing him all night long.”

A lot of players from that era would have the same answer.

Harry Eugene Greene Jr. was a lightning-legged legend for the A.L. Brown Wonders, competing in football, baseball and track and field in the early 1960s.

Greene died at 77 on Monday after several years of declining health, but the memories of his broken-field runs remain.

His football feats as a sophomore included returning the second-half kickoff for a touchdown to bury Albemarle, as well as the 76-yard punt return touchdown that knocked out Statesville.  Those returns came in the 1960 season, when a veteran group of Wonders went undefeated while operating the single wing.

By 1960, the single wing was an antique, outdated offense in the evolution of football strategy, but A.L. Brown head coach Ed Edmiston had learned the single wing from Gordon Kirkland during his playing days at Catawba College in the 1940s. It’s what he knew, and he stuck with it.  The smash-mouth Wonders went 10-0-2. The only blemishes were scoreless ties with Asheboro during the regular season and with Hickory in the Western North Carolina High School Activities Association championship game. That was the biggest game A.L. Brown’s football program had ever played in.

Greene was counted on to lead the Wonders as a junior in 1961, but he was immediately lost for the season to a knee injury that required surgery in a Charlotte hospital. Losing Greene meant a dismal,  one-win season for the Wonders.

But he came back stronger and quicker than ever as a senior in the fall of 1962. Edmiston was still employing the single wing. Greene took the snaps as the tailback.

He handled punting duties and passed four or five times every game, but mostly he ran the ball. He was 180 pounds of muscle and fury. He starred as a defensive back and carried the offense for a 3-5-2 team.

Greene scored both Wonder TDs in a stunning 12-0 win against Boyden. He scored A.L. Brown’s only TD in the 12-6 loss that made such an impression on North Rowan’s Medinger. He scored the Wonders’ TD in a 7-all tie with South Rowan.

Greene missed all but a few snaps of the Mooresville game with an injury, but in the nine games in which he was healthy he rushed 184 times for 1,121 yards and 10 touchdowns.

A back from a 3-5-2 team isn’t likely to make the Shrine Bowl, but the town of Kannapolis was up in arms after Greene was snubbed for the 1962 North Carolina squad.

He did make the WBT Radio All-State team.

His next stop was Frederick Military Academy, in Portsmouth, Va, where he continued to pile up huge rushing yards for a powerhouse program, but a career switch to baseball was coming.

Probably it dated back to that knee injury he suffered as a junior.

In 1965, Greene resurfaced as a dynamic, 195-pound outfielder for Wingate Junior College. He batted .354 that season.

In 1966, Greene hit .379, was named a junior college All-American and led the Bulldogs to the Junior College World Series in Grand Junction, Colo.

Wingate won twice in that World Series, but lost to Nassau (N.Y.) and Miami-Dade (Fla.), the two teams that played for the championship. Greene was the only Bulldog to make the all-tournament team.

Greene was inducted into the Wingate Sports Hall of Fame in 2003.

Greene finished his baseball career at Florida State in 1967-68. He graduated from FSU in 1969, and then completed work on a masters degree at Florida Atlantic University.

He worked 30 years in Florida for the Department of Corrections before retiring and returning to Kannapolis in 1995.

Greene served as an analyst with the North Carolina Bureau of Prisons for 13 years.

He was an avid golfer and fitness enthusiast until his final years.

Funeral services are set for Saturday in Kannapolis at Lady’s Funeral Home Chapel.