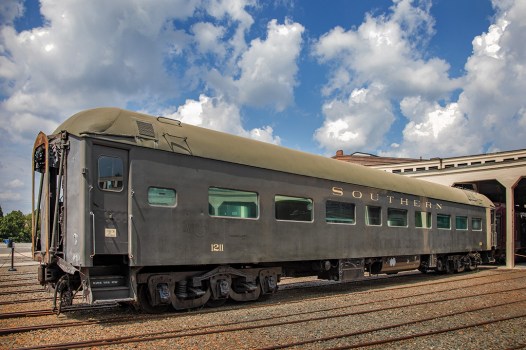 The Southern Railway passenger car number 1211 is a unique piece of history contatined at the N.C. Transportation Museum (photo by Jennifer Martin). 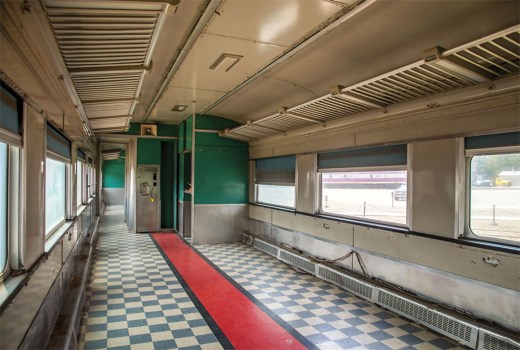 Inside the Black Passenger area facing the men's lounge (photo by Jennifer Martin.)

SPENCER — The National Register of Historic Places has added a notable rail car at the N.C. Transportation Museum to its collection that captures a significant era of African-American history in the early 1900s.

Jennifer Martin, co-founder of MdM Historical Consultants, nominated the Southern Railway passenger car No. 1211 for registration after the N.C. Department of Natural and Cultural Resources released a request for proposal concerning the property.

Pullman Company built the passenger car in 1917 as No. 1563 before it was partitioned to comply with Jim Crow car laws in what was speculated to be 1939. The inside was transformed to become a means of transportation, which separated white people and Blacks by the bulkhead walls of a men’s lounge located in the middle of the car. In 1953, it was renamed car No. 1211 after an overhaul resulting in its final appearance.

“Some uncertainty exists around which seating area on car No. 1211 was assigned to white passengers as opposed to Black passengers,” wrote Martin in her nomination for the passenger car. “It is commonly assumed that the seating area next to the small toilet rooms was for Black passengers. The Smithsonian’s Museum of African American History and Culture interprets Southern Railway car No. 1200 in this manner.”

However, previous researcher for the N.C. Transportation Museum Tyler Trahan proposes that smaller restrooms in the seating area of car No.  1211 were for white people after pointing out the evidence in 1940s car plans from Pullman Company. These transports were built as segregated cars as opposed to the later-partitioned coach of No. 1211.

“These 1940s plans clearly label each passenger area as ‘white’ or ‘colored’ and show the larger toilet facilities located in the Black seating area,” Martin said.

One Southern Railway bulletin showed that whites had “spartan accommodations” in the coach because they also had access to smoking and lounge cars, while Black passengers did not

According to Martin, the Southern Railway car No.  1211 is “a mostly intact example of a Jim Crow railroad coach of the first half of the twentieth century.”

Despite racial discrimination on transportation modes being illegal as of the Civil Rights Act of 1875, Southern states began passing Jim Crow laws in 1887 to keep railroad cars segregated after Tennessee adopted the law in 1881. North Carolina’s Jim Crow car law was passed after the Wilmington Race Riot, part of the white supremacy campaign, in 1898 where white, mostly-intoxicated crowds attacked Black individuals and destroyed their properties as the white majority felt threatened to lose their spot at the top of political and social hierarchy.

“This passenger car is a unique source of history that captures important issues of the era,” said Martin. “It tells the story of Jim Crow car laws and separating white people and Black people, which needs to be recognized.”