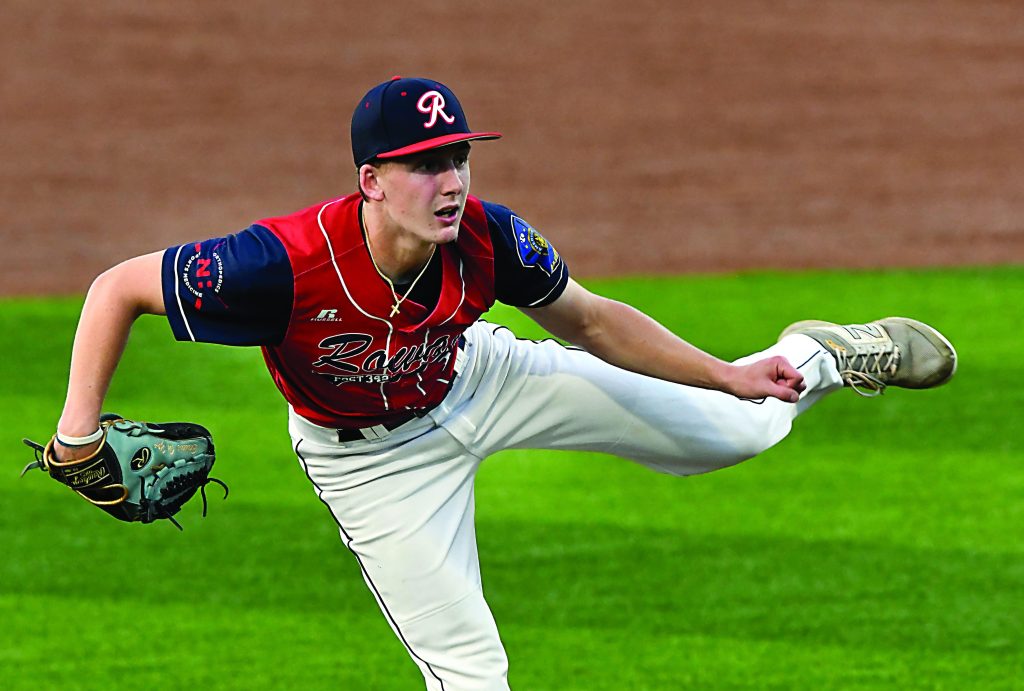 SALISBURY — It took 2 hours, 40 minutes to play seven innings on Tuesday at Newman Park, but no one on the Rowan County side of things was complaining.

Rowan County won 11-6 against Davidson County in a sluggish affair, but it was the division opener for Rowan, so at least it counts in the standings.

Rowan’s previous 11 games had been of the non-division variety.

Rowan (8-4) got a decent pitching outing from ace Casey Gouge.

Gouge hit the first man he faced, and it was sometimes a struggle for him with three errors being made behind him, but he improved to 3-0. One of the 16 outs Gouge recorded was on a vicious line drive right back at  him.

Jake Blevins bailed Rowan out of a dicey spot when he entered in the sixth with an 8-4 lead, the bases loaded and one out, and proceeded to escape a serious mess. He finished the game and qualified for his first save.

While Rowan scored 11 runs and posted three three-run innings, no one knocked down the fences. Rowan did its damage with nine hits, seven walks, two HBPs, two Davidson errors and some wild pitches and miscommunications.

Offensively, the biggest thing Rowan had going for it was productive outs. Rowan pushed a parade of runners across with groundouts and sac flies. Sometimes making contact is all it takes.

In Rowan’s three-run second inning, two runs scored on infield outs, while the other scored on a wild pitch.

Jackson Deal only had one hit, the tie-breaking, run-scoring single that put Rowan ahead to stay 4-3 in the bottom of the fourth, but he drove in two more runs with outs.

Rowan’s catcher, Cameron Burleyson picked a runner off base. He was credited with a seventh-inning triple and finished the night with three hits.

Blake Hill, Zander Burton, Luke Graham and Cole Johnson contributed productive at-bats. Johnson got a big run in with a squeeze to give Gouge a 5-3 lead in the fourth.

There was still some doubt until Rowan tacked on three more runs in the sixth. That inning began with two walks. Henderson got a run home with a sac fly. Burleyson’s triple plated one, and then he scored on a wild pitch.

It’s back to non-league action for Rowan tonight at Mooresville.