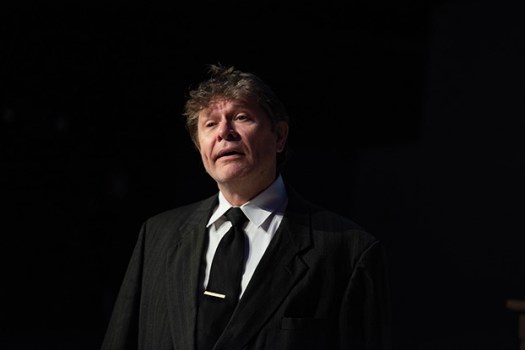 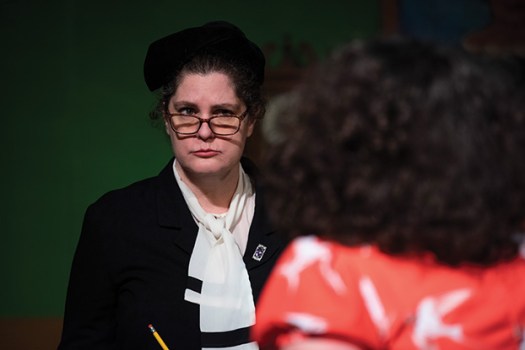 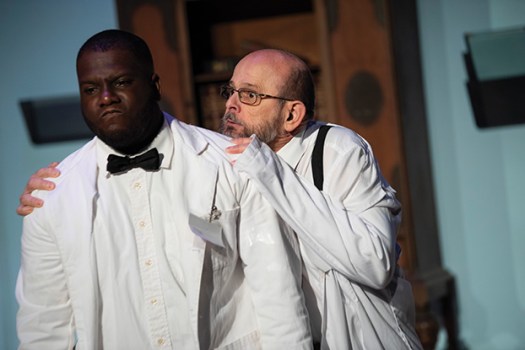 Actually, you can’t see Harvey because he’s invisible … and a six foot, three-and-one-half inch tall rabbit to boot.
But you can see Lee Street theatre’s production of “Harvey,” the current offering in the theatre’s Main Stage Season 14 series.
The play, written by Mary Chase, was awarded the Pulitzer Prize in 1945 (winning out over “The Glass Menagerie) and has been delighting audiences ever since … on stage, television and the now classic motion picture starring James Stewart.
The character Harvey may be invisible, but he’s real, at least in the mind of pleasant and cordial Elwood P. Dowd. Elwood lives with his sister and niece in the family’s house, but spends much of his time just hanging out with his friend Harvey. The supporting characters are led by Elwood’s sister Veta, who’s goal is to have her brother committed so she can inherit the Dowd family estate. She’s aided and abetted by Dr. Chumley, who runs a sanitarium. And spoilers will be avoided by stopping here.
Lee Street theatre’s Elwood, who in spite of all the chaos is the serenity in the middle of everything, is Brian Rassler, recently seen in LST’s “Glengarry Glen Ross” and Rassler is joined on stage by Beth Bentley (Veta Louise Simmons), Evynn Grignon (Myrtle Mae Simmons), Troy Ison (Dr. William B. Chumley), Mason Livers (Duane Wilson), Zac Hunter (Dr. Lyman Sanderson), Abby Skibsted (Ruth Kelly), Erin Fanelly (Judge Gaffney) and Teri Steelman (Ethel Chauvenet/Betty Chumley/E J Lofgre).
Lee Street theatre’s production of “Harvey” is directed by Kris Lineberger and stage managed by Colleen Welday, production design by Rod Oden, and crew including Kevin Leichman and Lucas Oden.
Quoting Dave Begel, “There are plays that hit you with a hammer and attempt to drag you in, but not ‘Harvey.’ It has an easygoing charm that brings smiles and nods and is a very warm experience. Friendship is a great thing, but it can bring with it challengers to your care, derision from doubters and insinuations of insanity. But the fact is that anyone who has a friendship knows the truth – friendship will win out.”
And Elwood P. Dowd and Harvey are friends.
“Harvey” runs June 3-12, Fridays and Saturdays at 7:30 p.m. and Sunday matinees at 2:30 p.m. Tickets are available at leestreet.org.