Quotes of the week: ‘He just liked to talk to people’ 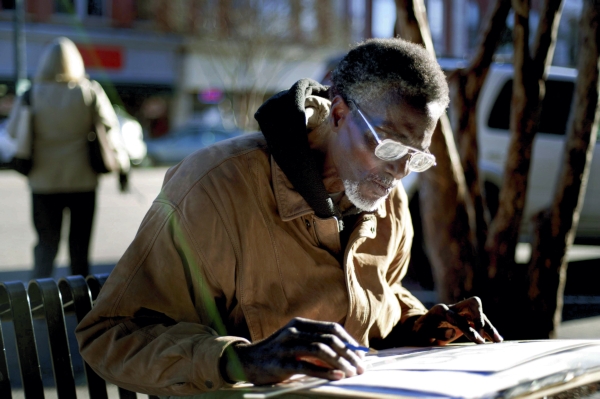 “Most days he would draw, but at the same time he wanted to talk to everybody. So, he did a lot of starting and stopping. He just liked to talk to people.”

— Justin Wells, who was among the many fans speaking of the loss of downtown street artist Joe Heilig

“I freaked out for a second there. I thought it was fake or something.”

— Stephen Kardos, Kannapolis resident who is taking home $497,073 after buying a $10 lottery ticket

“There are so many ups and downs that you go through as a coach, but he was a constant from the first day I met him. He welcomed me from the start. He was always encouraging, always so positive.”

“If you give an instrument to a young child, it’s amazing what they could do with that skill.”

“It’s been very stressful and frustrating to make progress, but we’re happy we’re now at the point where we can see progress.”

— Sandra Toscano, who is transforming the Napoleon Bonaparte McCanless House into an events venue

“After this walk, I get to go home and take a cold bath and relax. I will always remember those who didn’t get to come home.”

— Daniel Lambert, who lost 17 fellow soldiers during his time as a Marine and was walking a mile for each of them  while carrying an American flag on Memorial Day

“This is not a day of celebration, but a day of remembrance. It is a chance to pay respect to our fallen heroes who didn’t make it home, but instead sacrificed to give us the our freedom today.”

“I have some things I am conservative about, but reading is not one of them.”

— Whitney Peckman, who read from ‘The Catcher in the Rye’ as part of a Banned Book Reading event