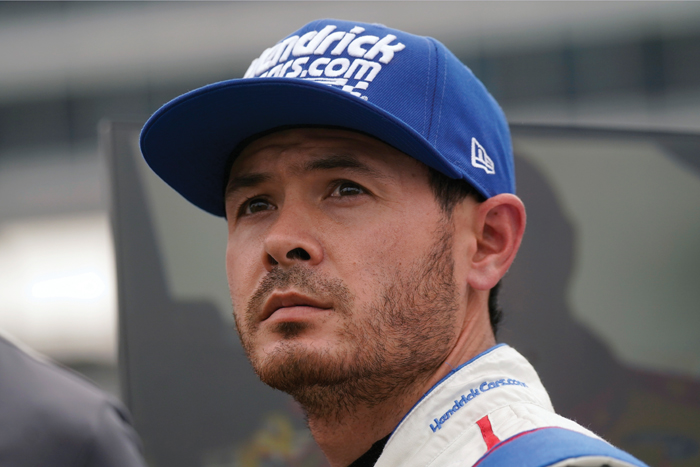 Kyle Larson will be on the pole for Sunday's race in Martinsville, VA. (AP File Photo/LM Otero)

MADISON, Ill.  — Hendrick Motorsports will return to the Xfinity Series for the first time in more than a decade when it fields cars later this year at Road America, the road course at Indianapolis Motor Speedway and Watkins Glen.

The team said Thursday that defending Cup Series champion Kyle Larson will drive the No. 17 car July 2 at Road America. Alex Bowman will take the wheel July 30 in Indianapolis and William Byron on Aug. 20 at Watkins Glen.

The idea is to give the three Cup regulars, who have 17 combined Xfinity wins, more experience on road courses.

“Our drivers are always looking for more opportunities to compete,” Hendrick Motorsports president Jeff Andrews said. “We believe the additional road-course experience on Saturdays will translate well to Sundays.”

The last time Hendrick Motorsports entered a lower-tier Xfinity race was Feb. 14, 2009, when Tony Stewart drove to the win at Daytona in what was then the Nationwide Series. Stewart finished eighth the following day in the Daytona 500.

Crew chief Kevin Meendering is overseeing the three-race effort for Hendrick Motorsports, which has 26 wins in the Xfinity Series and captured the 2003 title with Brian Vickers. It was Meendering who led Elliott Sadler with JR Motorsports to three straight top-five finishes in the season standings, including the 2017 regular-season championship.

The decision to run the No. 17 on the car also carries some historical significance for Hendrick Motorsports. Darrell Waltrip drove the number to nine wins for Rick Hendrick from 1987-90, including the 1989 Daytona 500, and it was run by the team owner’s late son Ricky Hendrick in Truck Series races in 2000 and 2001.

“It will be special to see the No. 17 back in action for Hendrick Motorsports,” Hendrick said. “It’s a great chance for Kyle, Alex and William to gain more time on the road courses and to do even more with our HendrickCars.com sponsorship.”