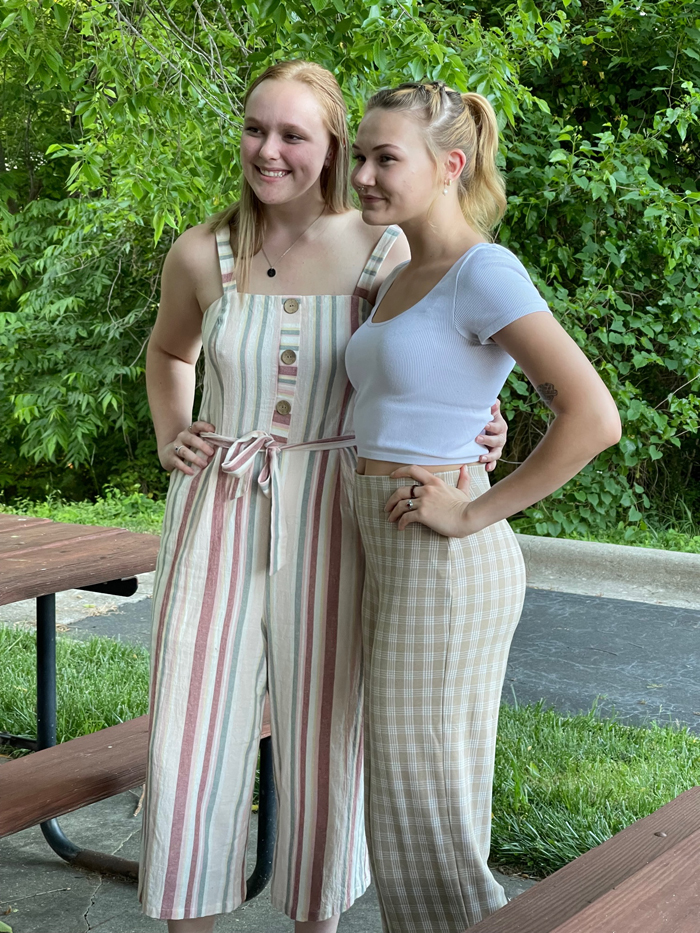 The Salisbury Branch of the American Association of University Women (AAUW) hosted a picnic in honor of the 2021 Goldman Scholarship awardees on May 17 at Rufty-Holmes Senior Center.

Traditionally the picnic is held soon after the scholarships are awarded, but it was postponed a year due to Covid-19 restrictions. So this was an opportunity not only to honor the young women for their award, but to learn about their first year in higher education and what the Goldman scholarship has meant to them.

Dr. Phyllis Post, member of the AAUW Branch and the Goldman Scholarship Board, gave a brief history of the scholarship and her own remembrances of its founder, Helen Goldman, who was best friends with her mother, former Salisbury Post columnist, the late Rose Post.

“Helen Goldman and my mother were such strong role models for women long before their time,” Post said in a news release. “I love being part of a committee that acknowledges young women by giving them some funding that helps them on their college journey. The first award was $50, to help a strong college student with a little spending money for some extras.”

Since 1966, the fund has awarded scholarships to 94 young women from the Salisbury-Rowan community. According to the fund’s treasurer, Greg Alcorn, the total amount distributed is “beyond Mrs. Goldman’s wildest dreams!”

The Helen Goldman Memorial Loan and Scholarship fund was established in 1965 in memory of Helen Sokol Goldman. She was a charter member of Salisbury AAUW and served as president from 1958-60. She was also an active leader in a number of community organizations until her death in 1964. Following the deaths of her husband, Julius L. Goldman in 1974, the Fund was re-named to Helen S. and Julius L. Goldman Foundation. Additional gifts were contributed by the estates of her son, Joseph Goldman, and her sister-in-law, Sylvia Goldman Feit.

Since 1881 AAUW has been one of the nation’s leading voices promoting education and equity for women and girls through advocacy, education, philanthropy and research. Email Salisburyncaauw@gmail.com for more information.