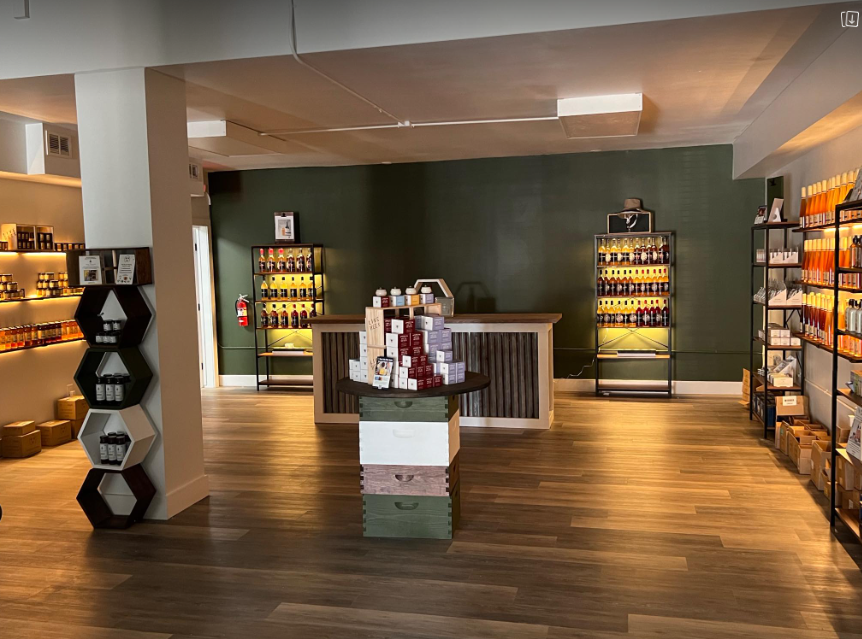 KANNAPOLIS — For Chris and Ariel Overcash, memories of the “nostalgic stories” from their own grandparents about the Cannon Mills in Kannapolis live on to this day.

The pair have seen the city change over the years but both agreed that the, “revitalization of Kannapolis is very dear to our hearts.”

So it’s not entirely surprising that they have found themselves back in Kannapolis yet again after previously living in Savannah while Chris was stationed at Fort Stewart.

During their time in Savannah, Ariel and Chris discovered a local business called the Savannah Bee Company which offered all-natural products and educational initiatives to promote the importance of bees as well as educating the public.

When they recently moved back to North Carolina, Ariel and Chris knew that downtown Kannapolis was “missing something” and soon after reached out to the Savannah Bee Company to see if they would offer their products in the couple’s hometown.

Fast forward to today and the Cannon Honey Mill is just over a week away from its grand opening on June 11 right in the heart of the West Avenue District. The name and the store itself serve, “not only as a tribute to our past, but it is also a tribute to the present and what’s to come.”

The grand opening will allow residents to come and see all the different products from the Savannah Bee Company now available in the West Avenue District. As part of the festivities, customers spending $25 or more will be entered into a raffle with multiple prizes, Eat Cakes Bakery will be on-site serving up treats, and mead tastings will be available throughout the weekend.

The shop has other goals, too. The pair plan to reach out to local beekeepers to find honey and honey-based products made around the area that they can offer on their shelves as a way to support local businesses and the community as a whole.

It’s been more than 20 years since the Kannapolis community experienced the closure of the Cannon Mills. Today, Kannapolis is bouncing back in a big way. This is in large part due to establishments like the Cannon Honey Mill and its commitment to honoring the city’s legacy while at the same time investing in the community’s promising future.

More information about the shop’s upcoming grand opening and new updates about progress for the store can currently be found online through its Facebook page.