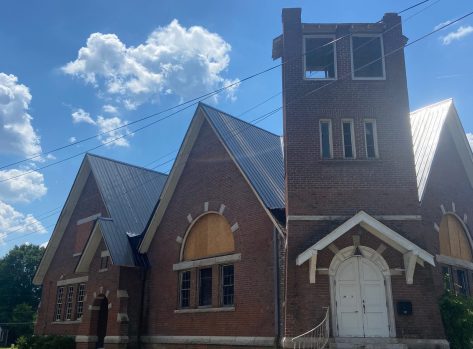 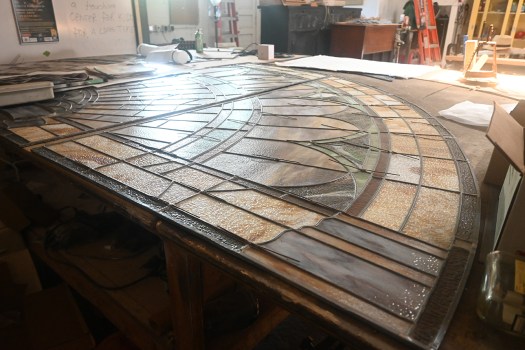 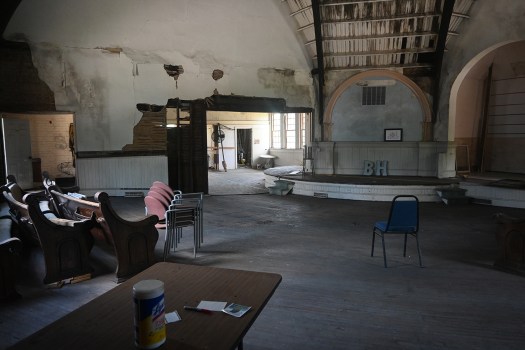 Madeline Wagoner/Salisbury Post — Inside Beacon Hall, renovations are under way to complete the inner workings of the venue.

SALISBURY — Beacon Hall received over $30,000 in funding for a place where children can learn to play musical instruments.

Jody Blackwell, founder and president of the board for Beacon Hall, received two grants in May for building repairs essential to opening the music and literacy nonprofit organization at 121 Ridge Ave.

After working as a welder for nearly 30 years, Blackwell wanted to cultivate the skills of willing children through music.

“Music saved my life,” he said. “I’ve played guitar for 61 years. Now I never said I was good at it, but it’s been my getaway and my enjoyment. If you give an instrument to a young child, it’s amazing what they could do with that skill.”

The Blanche & Julian Robertson Family Foundation gave $5,000 to help with phase one of plumbing. In 2018, First Union Bank in Salisbury donated the rest of the windows that now hang on the original weights of the building.

The original tin roof on the house built around 1905 is under the new roofing put on by an anonymous donor since the organization wanted to preserve as much of the building as possible.

Jody and his wife, Maggie, bought the property in May 2017 before signing it over to Beacon Hall in 2020. In addition to the Old Fashion Gospel Tabernacle from Destiny Church, he also bought the former Salisbury Greenhouses. What was previously the freezer of the facility now acts as a storage for instruments including cellos, violins, violas and guitars for the future classes.

Now five years in the works, Jody hopes that the organization will kick off in the Fall of 2023. The Salisbury Symphony youth orchestra have arranged a partnership with the founder to begin hosting its practices and classes at the venue once renovation is complete.

“As much as we want this up and running, we didn’t want to rush it,” Jody said. “This isn’t about us, the adults, it’s all for the children. I want this to be a place where they can come and know they’re loved.”

The facility will not only be for music. Jody envisions the backyard to the church as endless learning opportunities for the kids in Salisbury. Some of his ideas include literacy and reading, gardening with Happy Roots and a blacksmith shop.

“I can just see showing children how to join metal with borax or having them hit hot iron to create something,” Jody said with a smile. “These are valuable skills for them to learn.”

Jody said he couldn’t do this project without the board members of Beacon Hall and other community members who have helped with construction and donations. A notable instrument given to the organization includes a 120-year-old Steinway stand-up grand piano that was refurbished for the fingertips of small, capable hands.

An additional $102,000 in electrical repairs will be needed to move forward with phase three.