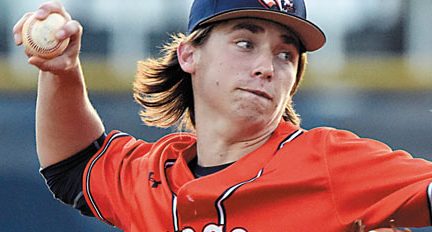 Dallas College-Eastfield is a perennial power, with five national championships, and advanced to the finals for the 12th time.

Making its debut in the World Series, Caldwell won three games in the tournament and was one of the last three teams playing.

Caldwell third baseman Cole Hales (Carson), the Region 10 Player of the Year,  had a triple in the first meeting with Dallas College-Eastfield.

In Monday’s 5-1 win against Northern Essex (Mass.) in an elimination game, Setzer, an all-region pitcher, struck out 12, walked two and pitched a complete game. Smith homered, while Fecteau had a double and two RBIs.

Caldwell stayed alive on Tuesday afternoon with a 4-0 win against St. Cloud (Minn.) Smith relieved with two men on base in the eighth inning and earned a save. Setzer and Smith had run-scoring doubles.