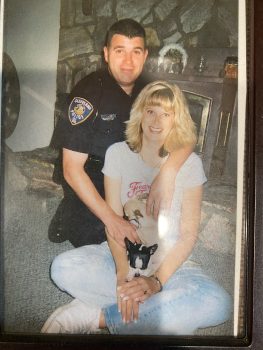 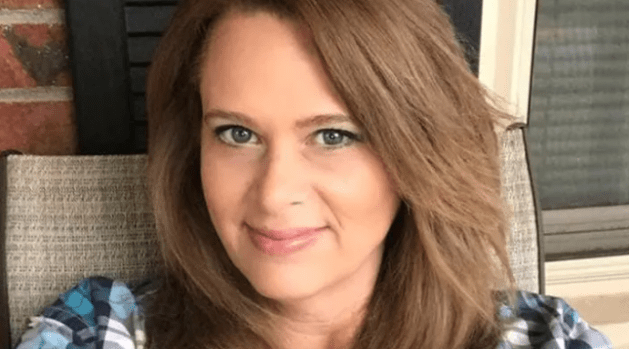 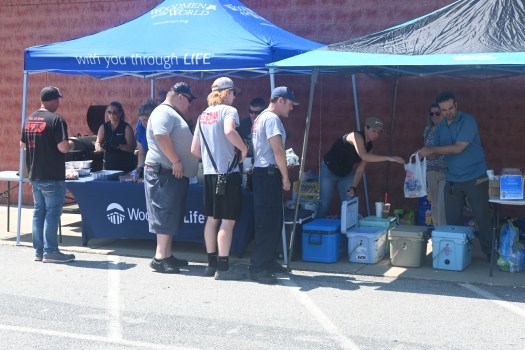 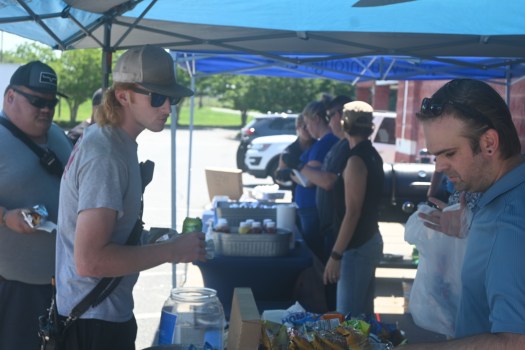 CLEVELAND  — Dawn Critz has a long journey of recovery ahead of her. Fortunately, she doesn’t have to worry about going it alone.

Her husband Trey works as a officer with the town’s police department, and the people of Cleveland are rallying around Dawn after she was diagnosed with oral cancer in February.

The cancer diagnosis was surprising considering she works at a dentist’s office and the tumor was only found after a seemingly common mouth ulcer led to a check-up with her own dentist and later a biopsy that detected cancer in her tongue.

For Dawn, the news was certainly surprising. “I’m definitely still in shock just like I think everyone else.”

On Tuesday, the town held a fundraiser in front of the IGA on Statesville Boulevard. Visitors were able to get a hot dog, chips, and a drink for $5, with the proceeds and any additional donations going toward Dawn’s medical bills.

Her treatment so far has included testing and screening for the cancer as well as an ensuing surgery to remove the tumors doctors found on her tongue. A nerve from her wrist and skin grafts along her arm and leg were used to reconstruct the removed portion of her tongue.

In addition, Dawn may also require radiation and speech therapy, along with time spent out of work during her recovery.

On Tuesday, members of the police force came out to support the wife of one of their own.

Chief Jon Jessop was manning the grill while officers and volunteers lent a hand.

While Tuesday’s fundraiser was deemed a success, there’s still an opportunity to support Dawn and her family. Donations and words of support can be offered through a
GoFundMe page that has been set up for the couple.