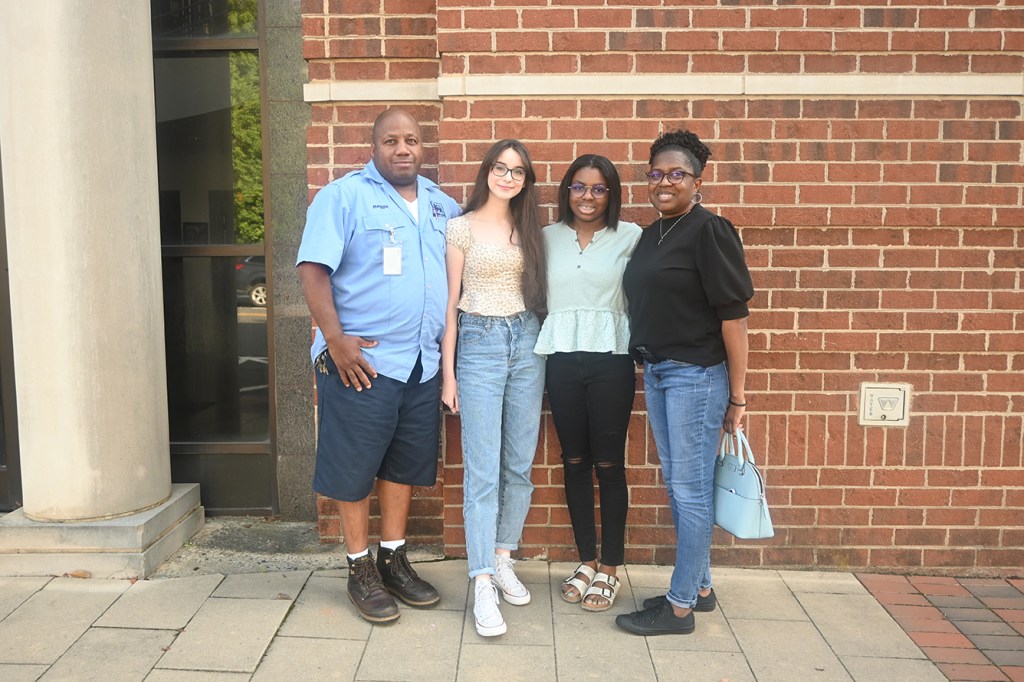 SALISBURY — A 16-year-old girl from Stuttgart, Germany, flew to Rowan County last August for a cultural adventure as she entered the 10th grade.

Reggie and Angie Keaton, of Salisbury, took Amelie Kerner in as family for a year, an experience their rising ninth grade daughter Ariel was particularly excited about.

“I was excited to have a sibling,” Ariel said with a smile, as she is an only child.

Ginger Jeffcoat, program co-ordinator for Academic Year in America, approached the family who’s daughter was on her granddaughter’s volleyball team as she saw them fit be a host family.

“We look for wholesome families who can provide a bed, a place to study, transportation, and full meals for the student,” she explained. “And, of course, we encourage the exchange of each other’s cultures.”

Amelie said the U.S. is much bigger and more social than Germany. She attended North Rowan High School this year, the same school Angie works at as lead counselor. When asked about some of her interests, she expressed her love for theater.

“In Germany, classes are a lot different than here,” she said. “We have a general art class, but not specific to just theater like here in the States. I will miss the people in my class the most, they mean so much to me.”

While at North Rowan, Amelie played an ancestor for their production of “The Addams Family.” She says she hopes to return to North Carolina for college when the times comes. Amelie and Ariel often bonded through sharing each other’s favorite movies and even learned the sister handshake from “The Parent Trap.”

“We saw it as an honor that she came to us for this opportunity,” Reggie said. “Don’t be too closed minded, you may find out more about yourself.”

The two parents had never considered an experience like this before.

“We saw it as an adventure,” said Angie.

Among their favorite memories, both the Keaton family and Amelie agreed that sharing foods was one of the best things they experienced together.

“I really missed the food from home,” Amelie said. “My grandmother sent spātzle over during Christmas time so I shared that with them.” The dish is a popular side made with noodles and eggs in Germany often served at dinner.

The Academic Year in America is currently looking for host families for one semester and two semester periods. For more information, contact Jeffcoat at 704-209-1714.