Crowd comes out for Summer Concert Series in Cleveland 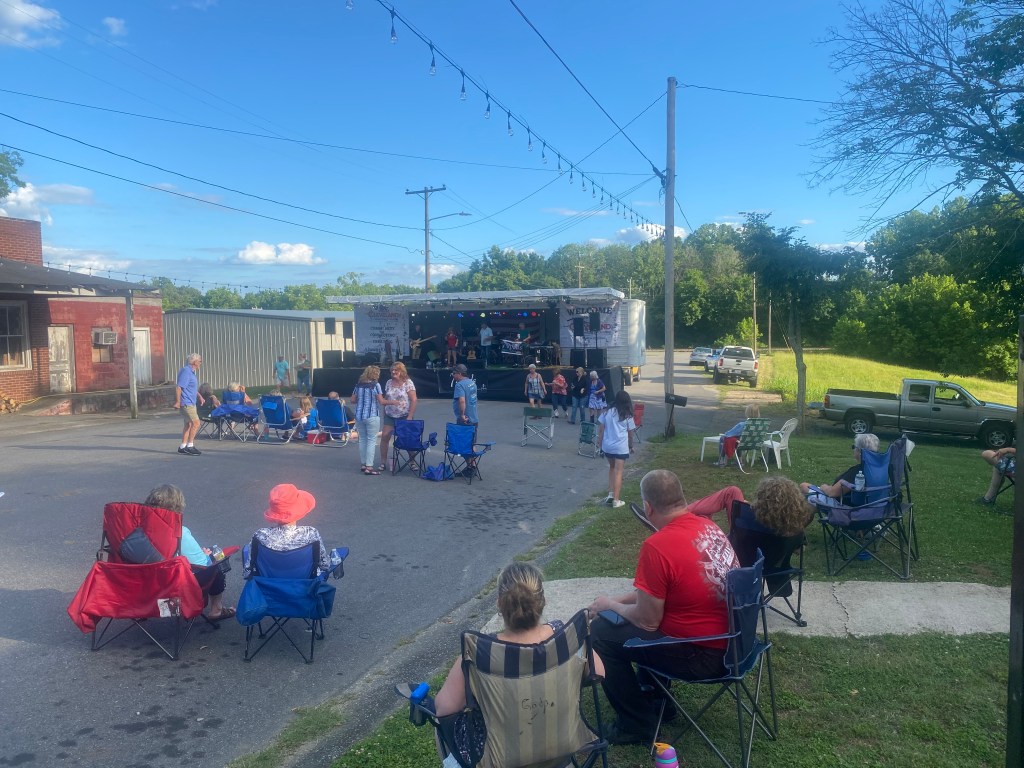 CLEVELAND — The Summer Concert Series returned to Cleveland for its monthly musical showcase on Saturday with a performance by the Seven Roads Band.

The band offered listeners a mixture of classic rock, Southern rock, country, pop, dance and beach music as attendees enjoyed the tunes, caught up with their neighbors and friends, and hit the “dance floor.”

A food truck and refreshments were available on site and by the time the concert had begun the streets around downtown Cleveland were lined with cars and visitors walking over to enjoy the entertainment.

The Summer Concert Series is organized by the Town of Cleveland and takes place on the fourth Saturday of every month from April through September.

The series is held on the slope of South Depot Street in the middle of downtown Cleveland and residents are invited to bring their own lawn chairs and come out to enjoy the evening.

Bands start at 6:30 p.m. and the next concert will be on June 25, featuring The Entertainers, a popular beach music band across the Carolinas.

More information can be found on the Town of Cleveland website.