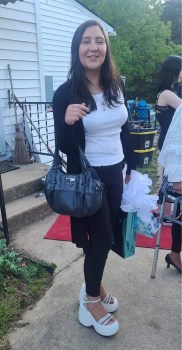 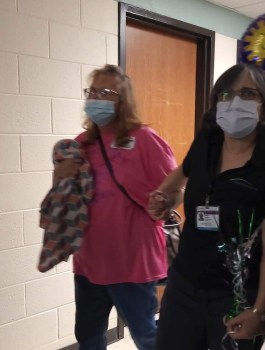 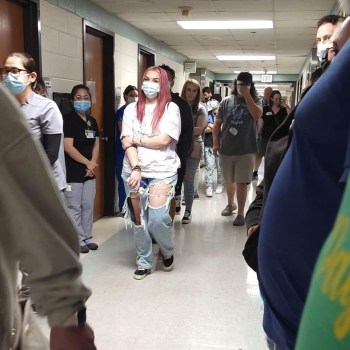 SALISBURY — Two kidneys, one heart, one liver. Those are the things that 21-year-old Payton Massey left behind for the world in her final hours.

On May 9, Massey was involved in a single-car accident along old Highway 70 near the Morning Star Baptist Church in Cleveland. She was returning home from a night out with friends to celebrate the 21st birthday of her best friend, Ivy Burleson. Sadly, Massey did not survive the crash.

But the organs she donated helped save the lives of four people in need. Her body was also donated to science to help with medical research.

The West Rowan High School graduate left more than just a physical impression on the world. She also left behind bonds with friends from school and work, those with her grandmother who raised her like her own child, and with the man who planned to marry her.

On the day of the accident, as the group headed back to Burleson’s to prepare for a trip the next day to Nashville, Massey drove off on her own, planning to meet everyone back at her friend’s house.

‘What do you mean you saw her?’

Soon after people began to arrive at their house, Burleson and her mother, Kea Killeen, started to wonder what happened to Massey. It got later and still she had not arrived. Then, a phone call.

It was another friend from the birthday party. She told them that she had just driven by a car flipped off of the road. She thought it was Massey’s.

“What do you mean you saw her?” Killeen responded. It took a moment to process before her and her husband jumped into action.

Eric Killeen, a military veteran, has experience with traumatic events and was on the scene with his wife within minutes. Massey had crashed only about a mile from their house.

They could hardly see Massey beneath the car when they arrived. She had been thrown out the passenger window of the car, which now was resting on top of the lower half of her body. Eric Killeen cautioned those around the area to avoid disturbing the scene until emergency officials could arrive.

The Woodleaf Fire Department, located minutes away, arrived quickly. Using air bag rescue devices to lift the car, they removed Massey from under the vehicle and transported her to the fire station where she was then airlifted by helicopter to the trauma unit of Atrium Health Wake Forest Baptist Hospital in Winston-Salem.

Kea Killeen and her family wasted no time heading to be by Payton’s side.

“We immediately canceled our Nashville reservations and got hotel rooms beside the hospital so we could be near her. She’s a part of us and we wanted to be close to her,” Killeen said.

The prognosis was bleak from the start. Massey had suffered 17 fractures, brain trauma and various other injuries.

At first, she was responsive, according to Killeen. She squeezed the hands of Burleson and her grandmother, Tammy Wilson, in the first 48 hours as doctors tried to stabilize her.

While the medical team continued to work, Killeen noticed more and more people showing up to show their support. Massey’s co-workers from her job at Badcock Furniture in Salisbury shuffled in and told stories about how much they loved her.

“I’ve never seen so many people up here for one patient.” a nurse remarked to Killeen one day as the hallways filled with friends from high school, family members and co-workers.

‘Payton was my life’

Wilson always had a special connection with her granddaughter.

“Ever since the day she was born, we’ve shared a bond,” Wilson explained. “Payton was my life.”

Wilson and Massey’s boyfriend Brandon found out about the accident shortly after Killeen’s family and they immediately made their way to Winston-Salem as well. “Grandma Tammy,” as everyone calls her, raised Massey for years and had to come to terms with seeing her now in a hospital bed.

For Brandon, the news was devastating as he had recently told family and friends about his plans to propose to Massey during the Nashville trip that weekend. The proposal would never happen now, their future cut tragically short.

Massey’s condition was deteriorating as her brain continued to swell. Doctors told Wilson she would likely not survive the trauma and that decisions would need to be made.

‘It’s not a scary thing, it’s a beautiful thing’

Massey passed away on May 23. One of the decisions her grandmother was asked to make was how to use her organs. Massey would choose to be an organ donor, Wilson knew that. She knew it was the right thing to do and would help others in need.

On May 23, Massey was rolled down the hallway of the hospital as loved ones looked on as part of an honor walk for those who donate organs. In her final moments, Massey was giving back to the world in the most selfless way imaginable.

A life, a legacy

On June 1, family and friends will again gather to celebrate Massey one final time at the Summersett Funeral Home in Salisbury.

At the memorial, those who were closest to Massey will reflect on the impact she made on their lives. Killeen will remember her “adventurous and peaceful soul.”

Burleson will remember her best friend as the “light in a dark room” with whom she had a lasting connection.

Wilson intends to use any funds left behind from a GoFundMe account originally created to help when Payton was first hospitalized to create a trust for two of Payton’s three younger brothers, who are still minors. She also would like to someday meet the people who received the organs from Massey that saved their lives. In many ways, Massey lives on through them.

Two kidneys, one heart, one liver. But also, one bond. A bond with everyone who knew and loved this young woman who left behind something that lives on.