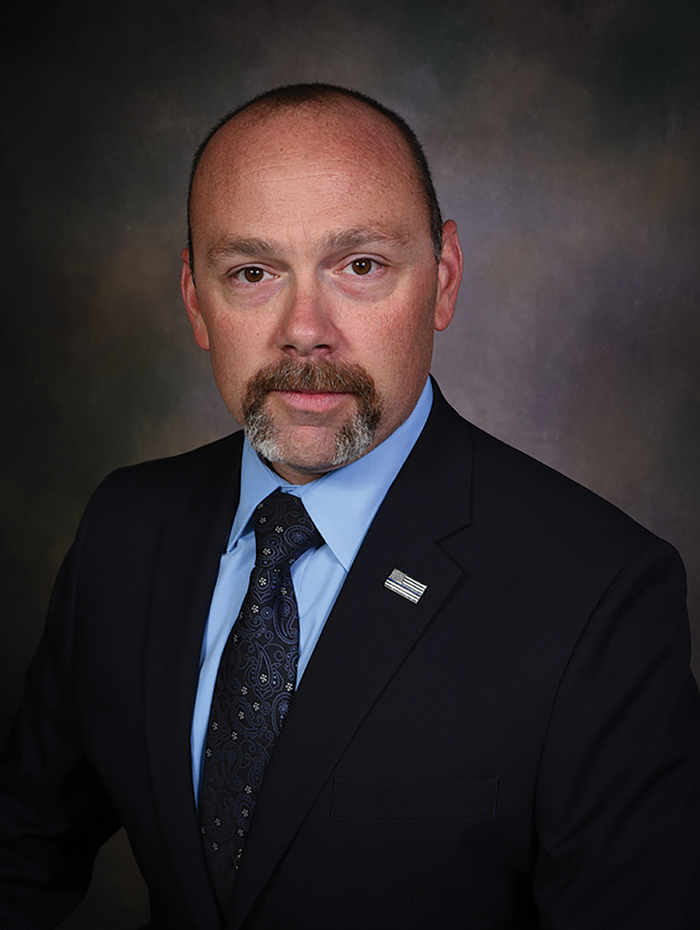 File’s move from sergeant to chief will be effective May 30. He has been an officer for 16 years and took a job as an investigator with Spencer in 2017 before becoming the sergeant in charge of investigations and school resource officers for the town.

File said he is excited for the opportunity and has worked toward becoming a chief over the course of his career.

“We have a great group of officers here, and my desire is to build upon the foundation we currently have to create a model small town law enforcement agency that is noted for its best practices, outstanding service to the community and culture of teamwork and collaboration,” File said in a statement.

Town Manager Peter Franzese said officials worked with Piedmont Triad Regional Council to search for candidates and dozens of from across the country applied. The town created a tier system to place candidates based on their qualifications and narrowed the pool to nine for interviews. Three of those were finalists and File came out on top.

Franzese said File understands the community, but what set him apart was his demonstrated performance history, his partnerships and collaborations and commitments to local organizations.

Most recently, in April, File was given Prevent Child Abuse Rowan’s Multidisciplinary Team Partner of the Year Award during the nonprofit’s annual awards ceremony.

File began basic training with a sponsorship from Rockwell Police Department in 2005 and graduated top of his class. He has also served as an officer in Landis and with Iredell County Sheriff’s Office. He holds bachelor’s degree in criminal justice and crime scene management from Liberty University and an associate’s degree from Stanly Community College. The town says File has more than 2,400 hours of specialized training for a long list of law enforcement practices and an advanced law enforcement certificate from the state.

“He demonstrated that he embraces the police department’s role in the community,” Franzese said.

Franzese noted File’s promotion will fill the chief position but adds the sergeant position to the town’s list of officer vacancies.

Shortly before James retired, the Post reported the department was down more than a third of its officer positions and planned to contract with Rowan County Sheriff’s Office to cover shifts. The town has hired several officers since but is still short staffed and has maintained its agreement with the sheriff’s office.

“We’re certainly covering our shifts better than we were six months ago,” Franzese said. “We’re continuing to work with candidates and in the next few months we will be able to fill several more positions.”

Franzese said he thinks having a permanent chief in place will help attract officers.