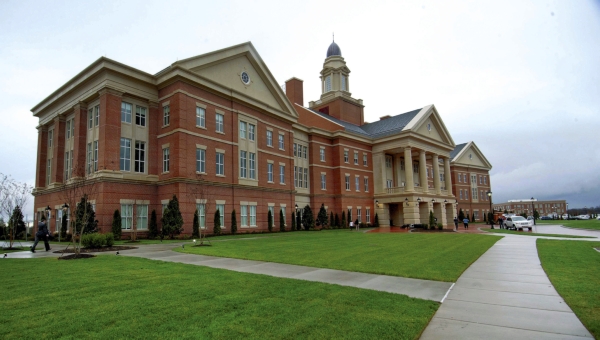 KANNAPOLIS — The city is growing and you only need to look at the proposed 2023 budget to see that’s the case.

That represents a $9.67 million increase over the 2022 budget, continuing a trend of growing investment into the city.

Citing the growth of the city by 45 percent in the past two decades, with more growth expected to continue annually at a rate of 2.2 percent through 2040, the budget stressed the need to properly support the local government in the municipality to help meet the needs of the growing number of people coming to Kannapolis.

Legg stated that the employees were the city’s “most valuable resource” and that the services they deliver to the community were vital to continued growth and success.

In order to support this resource, the budget includes funds being diverted to cost-of-living adjustments, pay-for-performance increases, and added funding for the state retirement system.

The proposed budget also accounts for $1,000,000 in renovations and improvements to multiple fire stations in the city, $921,000 to replace police vehicles, and $875,000 to add 11 new positions to the city and account for 15 other reclassifications among various departments.

There will also be additional funding for the acquisition of the Gem Theatre and ensuing management over the facility as it transitions to a city operation along with the allocation of money being saved in cash reserves for one-time capital projects to enhance the city after the Imagine Kannapolis Strategic Planning Process is completed later in 2022.

These projects will help to foster further economic development in the community and provide a public investment for private enterprises and local residents alike.

Other notable items in the proposed budget include $160,000 towards new pickleball courts in Kannapolis parks, $210,620 in increased funding for street repairs and maintenance, and $730,000 on vehicles and large equipment expenses for the Water Resources Department.

The proposed budget also cites the need to recognize the importance of prudent but prepared government responses to unexpected situations such as the recent Covid-19 pandemic, with the city now emerging into a “new normal” with a proposed budget that will be mindful of that.

Legg stressed that the employees of Kannapolis would help to lead the way for the city and make sure it can sustain the growth and development it has experienced in recent years moving forward.

“Our most valuable asset is our employees. Without our employees we could not keep the City safe, livable, comfortable or vibrant. Every day we are able to go about our lives because City employees have made sure we have clean water, our garbage is collected, and police and fire are taking care of our emergency needs. We can go to a park, walk a greenway, and enjoy a concert. We have places to go to work and much more because our dedicated city staff are doing their jobs to make Kannapolis a premier place to be,” said Legg.

“This budget concentrates on providing the tools we need to ensure we maintain the high-quality staff we have now and to ensure this continues well into the future.”

More information about the budget can now be found online on the Kannapolis web site.