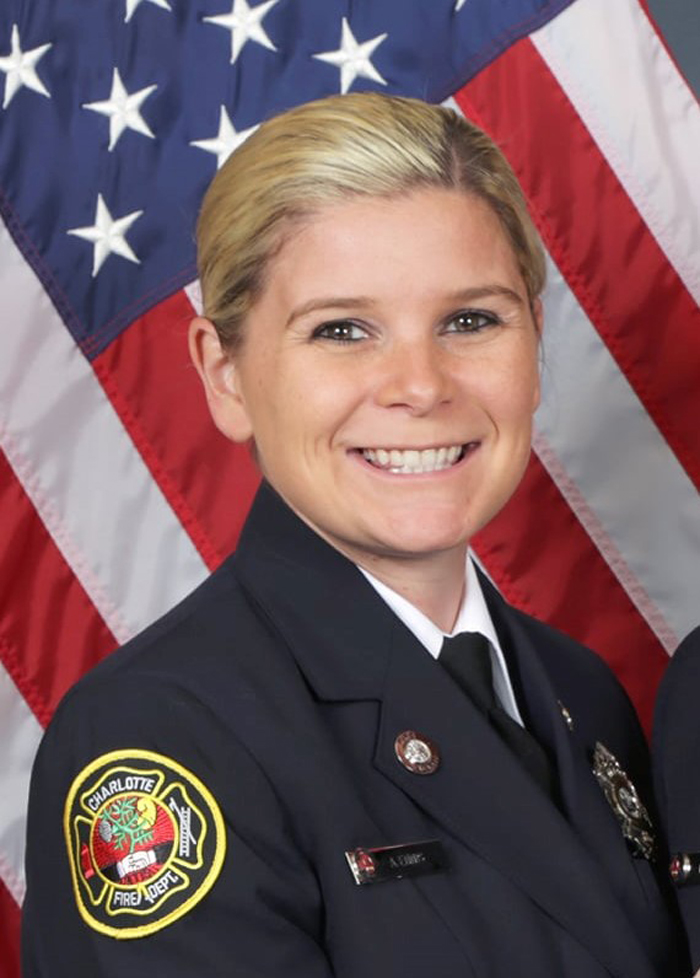 CONCORD —  From the time she could walk, Ashleigh Ennis was immersed in Cabarrus County’s fire service.

Her father, Roy Gray, would bring his young daughter for engine checks and other routine tasks at Rimer Volunteer Fire Department, the station they’ve both served for years.

Gray recalls the first time his daughter attempted to put on an air pack. “She knew exactly what to do,” he says. “No questions or anything … she just got it.”

As a teen, Ennis became a junior firefighter with Rimer, and “I just fell in love with it,” she says.

She continued as a volunteer, and later became a certified firefighter and EMT while earning a college degree in elementary education. She taught third and fourth grades, but fire service kept calling.

“By the end of my third year, I could just tell in my heart that (teaching elementary school) wasn’t what I wanted to do for the rest of my life.”

She left her teaching role and found a home as a telecommunicator at the Charlotte Fire Department’s Communications Center.   All the while, Ennis maintained her role with Rimer and began creating fire safety education programs in conjunction with hers and other volunteer departments.

When the Cabarrus job opened, she was ready.

In the new role, Ennis will perform the regular duties of Cabarrus County Fire Service, including code enforcement, inspections, investigations and emergency response.

“Preparation is as important as response,” Thompson said. “Having Ashleigh on the team will go a long way in helping keep Cabarrus families educated, and in turn, safe.”