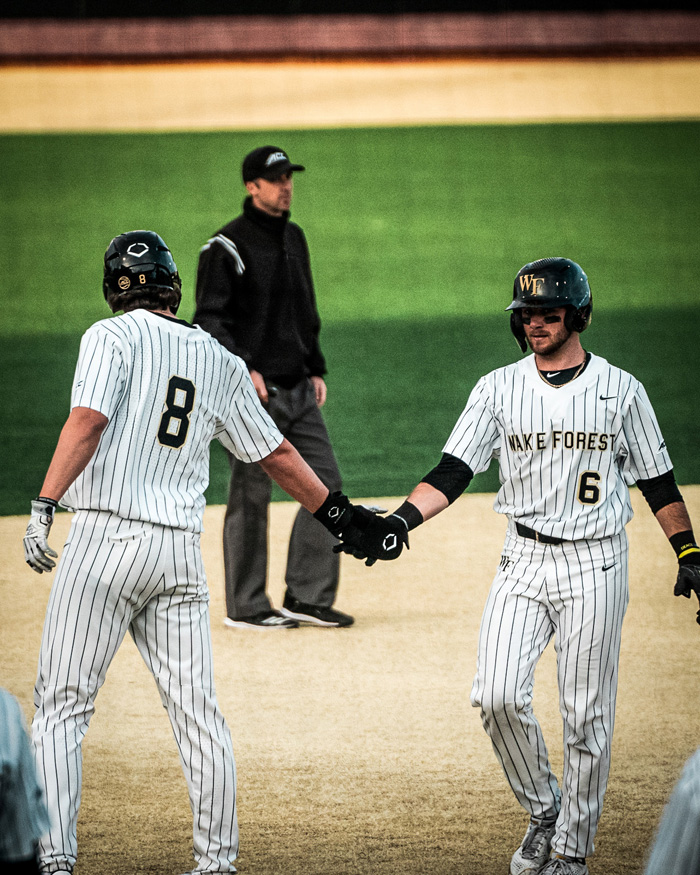 CHARLOTTE (AP) — Adam Cecere was 4 for 4 with two home runs, Brendan Tinsman added four RBIs, and No. 6 seed Wake Forest matched an ACC Tournament record with seven homers in a 16-3 victory over third-seeded Miami on Friday.

Both teams await the NCAA selections on Monday.

Cecere was one of two Wake Forest players to homer in a six-run third inning, and he was part of back-to-back-to-back shots in a four-run sixth.
Tinsman and Nick Kurtz hit three-run homers in consecutive innings for a 9-2 lead.

Karson Ligon (6-6) was the first of seven pitchers used by Miami. CJ Kayfus was 3 for 4 with a homer and two two doubles.