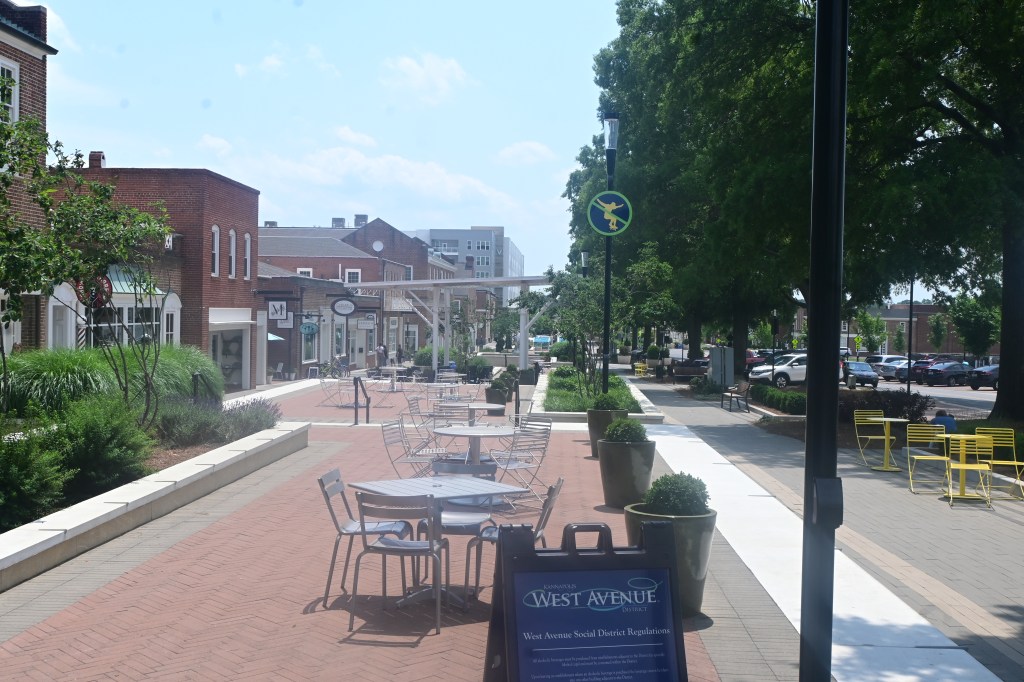 KANNAPOLIS — Visitors would be remiss to pass through Kannapolis in recent months and not notice all the development underway in the downtown area.

From apartment complexes to new storefronts and public spaces, Kannapolis has become quite a destination again in recent years.

Much of these changes can be attributed to the city’s partnership with Peter Flotz, the CEO and founder of the Lansing Melbourne Group. Flotz and his company has overseen the creation of multiple residential buildings as well as thousands of square feet of commercial space in the adjacent West Avenue District.

While many of these projects have been underway for several years and some, such as the VIDA apartments, are already complete, ground is still being broken as a new vision for the city continues.

Checking in with Flotz about the status of these projects, it’s clear there is more to come. He pointed out that Stadium Lofts, apartments being designed directly beside Atrium Health Ballpark, are trending earlier than initially expected, with the south half of the building set to be ready in June 2023 and the north end targeted for a fall 2023 completion.

The apartments will include “fantastic views into the stadium,”  a “really cool clubroom for residents,” and offer slightly larger units than the other complexes in the area. A team store for the Cannon Ballers and the Towel City Tavern will also be attached to the complex for visitors, residents and fans alike.

Flotz’s group is behind the development of the 200 Main apartments, also located in downtown and also catering to the growing number of people moving to the area. The development recently underwent a “last-minute design change” in order to match the configuration of their units from VIDA, which have become so popular since opening that applicants are already being placed on a wait list. Construction on 200 Main is planned to begin again, though, and they are targeted for completion in fall of 2023 as well.

While residential projects are booming, it’s the businesses coming into downtown Kannapolis, particularly in the West Avenue District, that leave a lasting impression on residents and visitors alike.

Flotz stated that he “couldn’t be happier” with how the commercial space has filled up in the past year and noted that every space in historic buildings owned by his group is now accounted for with local tenants who “have a stake in the success of downtown Kannapolis.”

Some of these new tenants are bringing an air of entertainment to the area as well, with the opening of Kingpin Bowling and The Brown Fox speakeasy in the last few months alone.

While these plans are already coming to fruition, future development ideas are in the works as well. The Swanee Theater is being renovated by Flotz’s group and is scheduled to open this summer and offer a live music venue for the downtown area. Plans for a food hall in the old Cabarrus Bank building and a second VIDA complex are also on the horizon, according to Flotz.