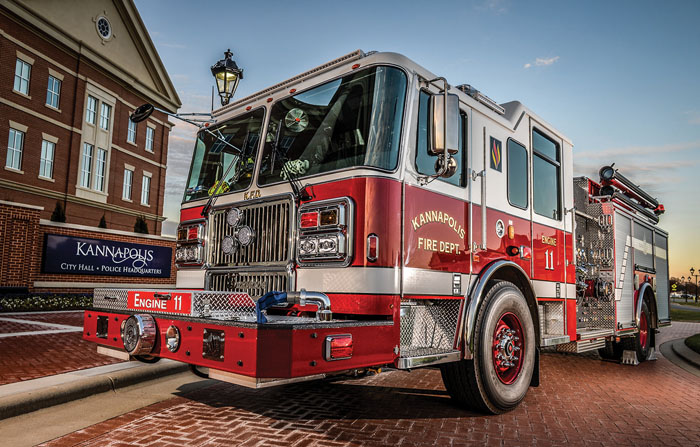 The Kannapolis Fire Department is raising awareness about fire safety for residents new and old alike.

KANNAPOLIS — Members of the Kannapolis Fire Department held a public webinar on Tuesday afternoon that allowed participants to learn more about fire safety in the community.

As more people move into Kannapolis, new homes are going up and older properties are being renovated.

The emergence of new housing presents an opportunity for officials to raise awareness when it comes to keeping occupants safe from fire or other hazards.

The speakers told participants about the five fire stations now operating in Kannapolis and how to contact each. The stations are now all staffed exclusively with full-time members and provide around-the-clock coverage

The webinar also focused on the best ways to communicate with local fire officials since Kannapolis is partly in Cabarrus County and the rest in Rowan, meaning that it is important for residents to specify their location if they are calling in an emergency.

Some of the other areas of emphasis in the session included a discussion about the responsibilities of landlords who are renting out properties to install functioning fire and carbon monoxide alarms in the residences before people can legally move in.

Pethel also noted that there were difficulties with opening windows in many of the former mill houses that have since been converted into renovated properties because of weighted frames. That made them hard to open in case occupants needed to escape quickly.

Goodman stressed that new and old residents alike need to know about the different residential programs offered by the Kannapolis Fire Department, including:

Goodman pointed out that residential Knox Boxes could be especially helpful since they give firefighters a way to immediately access a house without any impediment or causing unneeded damage to the property.

Further information about these topics or any other questions for local homeowners and tenants alike can be found on the Kannapolis Fire Department website.