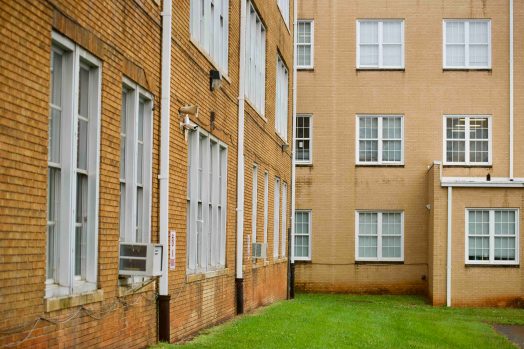 Carl Blankenship/Salisbury Post - A large section of windows on the back section of Salisbury High's main building. Some of the windows are original to the 1926 facility. 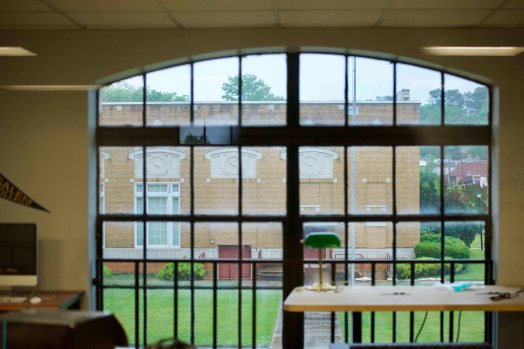 Carl Blankenship/Salisbury Post - A view across Salisbury High School's courtyard from inside the media center. 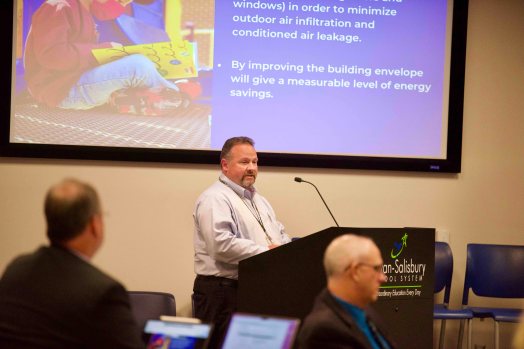 SALISBURY — Rowan-Salisbury Schools administration is recommending a massive replacement of outdoor windows at Salisbury High School, but the district board still has questions about the $1.8 million project.

The project would be paid for with federal COVID-19 relief money replace every exterior window on the historic main building.

During the district school board’s Monday meeting, RSS Executive Director of Construction and Facilities Christopher Nuckolls told the board the project is a high priority and said the replacement will improve safety in the school.

“We want to keep the bulk of our funding for ventilation,” Nuckolls said. “At this time, the only funds that we have available would be for this particular project, but because of the age of the facility, the condition of the windows, the safety factor that has gone into that, we felt like this one was our highest priority.”

When questioned about what made the project a priority, Nuckolls said windows have come loose when being raised or lowered and maintenance workers have found windows that came out of the frames.

“Thankfully they’ve caught it before it caused any issues,” Nuckolls said.

Nuckolls said there are 179 units that contain a total of 306 windows at the school, including the large windows.

Chris Barnett, of the firm ADW Architects, told the board the building has about 10 types of windows in about 10 different conditions and there are pages of details on the conditions including damage that effectively prevents them from working. He noted some of the buildings are original to the 1926 building, are long past their expected life, are not insulated and do not have proper sealing. He said there are also pieces that are loose or not fitting the building properly.

Nuckolls said the project would save about 10% on energy costs for the school, but that figure could be up to 15%.

Jones asked if money had always been set aside for windows at the schools. Nuckolls said money was originally set aside for ventilation, window and door replacement, but given the amount of money the district has this project was assigned more importance due to the magnitude of the project and condition of the windows. The board has used some relief funding to pay for staff bonuses as key employees like teachers, bus drivers and nutrition workers have become harder to come by.

He questioned if the project would limit the district’s ability to pursue HVAC needs in the schools.

Nuckolls credited the board and the work of district staff for getting the HVAC systems in their best shape in years.

“Our systems are in much better condition than they’ve ever been, not to say they’re perfect,” Nuckolls said.

Nuckolls said using the remaining federal relief money to provide fresh air in each school will improve the district’s ability to upgrade systems in the future. Nuckolls said Salisbury High does have ventilation needs.

Barnett told the board with the amount of work available the firm was happy to find get three successful bids and the numbers came in slightly below the estimate. No local firms bid on the project but it was advertised locally.

Nuckolls said the project would take about 245 days.

“That seems like a long time and that’s simply because we’re dealing with an occupied building,” Nuckolls said.