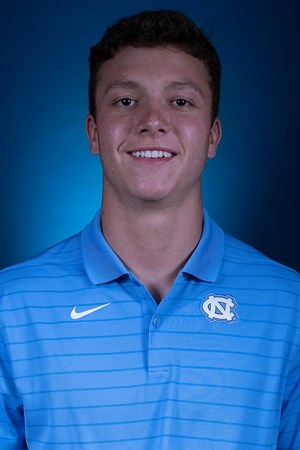 The coaches of each of the 14 members schools voted first, second and third teams, an all-freshman team as well as individual superlatives. Ties were not broken.

Serretti was voted second team all-conference, while Honecyutt and Zarate were named to the third team. Honeycutt was also selected to the all-freshman team

Honeycutt became the first Tar Heel to earn all-freshman team honors since Serretti and Aaron Sabato in 2019. He led all ACC rookies with 28 stolen bases (in 31 attempts) and is the only player in the ACC to have 15 home runs and 20 stolen bases. His 17 home runs in 53 games rank ninth in the conference and second among ACC freshmen. He joins Sabato (2019) and Gianluca Dalatri (2017) as the only UNC players to earn all-freshman and all-conference honors in the same season.

Honeycutt is a 6-foot-3, 190-pound center fielder. The 19-year-old was drafted by the San Francisco Giants in 2021 after a huge season as  a Salisbury senior, but he chose the college route.

Honeycutt, who quarterbacked Salisbury’s state championship football team in the spring of 2021, was the Mark Norris Memorial Award winner as Rowan County Baseball Player of the Year for 2021 and was the Central Carolina Conference Male Athlete of the Year for the 2020-21 school year.

Honeycutt was in the cleanup spot in the lineup for UNC’s game against Clemson on Tuesday night in the ACC Tournament being played at Truist Field in Charlotte.