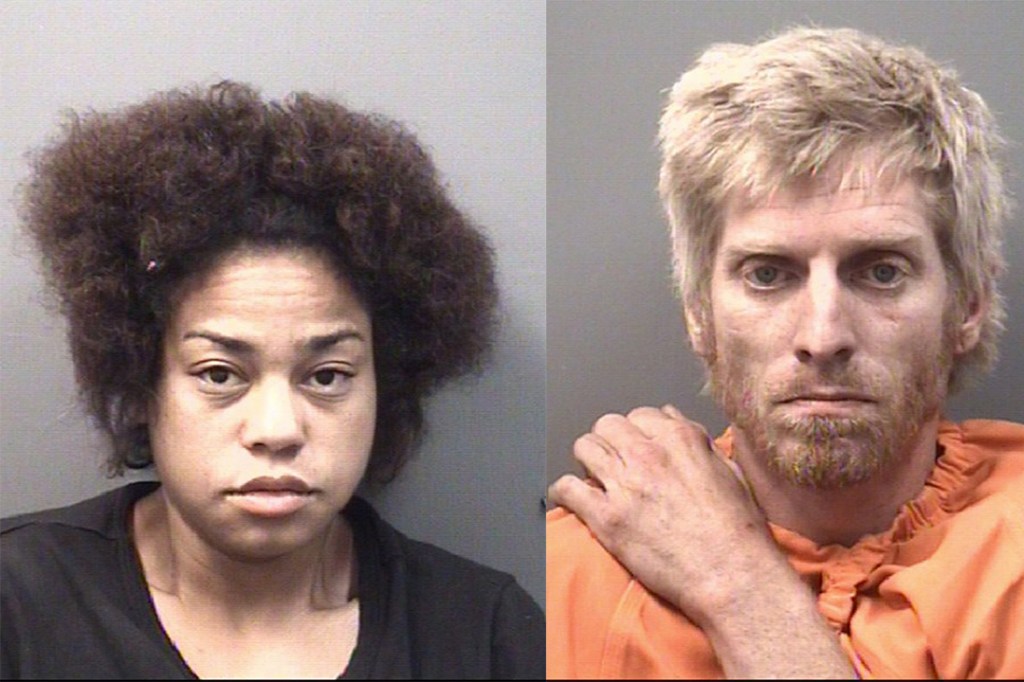 SALISBURY — Two individuals were charged on Thursday for possession of crystal methamphetamines and other warrants.

Deputies received a call reporting a suspicious burgundy vehicle parked on the side of the road at a construction site in the 1000 block of Stirewalt Road and Crystal Creek Drive in China Grove. They searched the area and found Broyles sitting on the bridge connecting to the roadway. After questioning her, they found a plastic bag filled with crystal meth in her pocket which she claimed to have found on the ground.

Deputies then searched the van and found more crystal meth in the vehicle along with drills, used saw blades and a catalytic converter.

While searching the area, Woodward’s leg was seen sticking out under the bridge. He attempted to flee when deputies approached and fell into the creek before running again. Deputies deployed a stun gun to stop the man.

Woodward said he hid because he knew of his outstanding warrants. Deputies found a small plastic bag containing crystal meth under the bridge where Woodward was hiding and recovered his ID in the creek.

• A burglary was reported in the 600 block of Lincolnton Road in Salisbury on Friday.

• A man was victim of fraud in the 1200 block of Forestdale Drive in Salisbury on Saturday after receiving a suspicious call from a suspect claiming they needed information for his Apple Pay account. The victim called the police after noticing $2,000 removed from his bank account. He ended up losing $10,000 as result of the fraud.

• A catalytic converter was stolen in the 800 block of Klumac Road in Salisbury on Saturday. The total estimated loss was $1,000.

• Matthew Lamonte Cowan, 36, was charged with felony larceny of motor vehicle in the 300 North Salisbury Avenue in Spencer on Thursday.