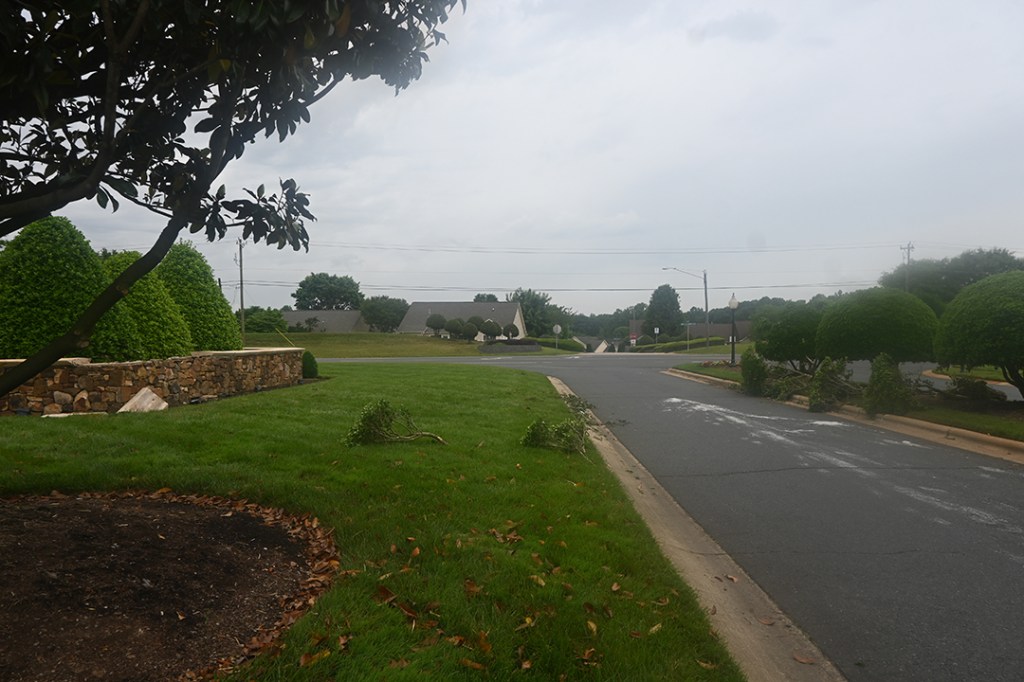 Madeline Wagoner/Salisbury Post — Crash site of victim at the entrance of The Crescent.

SALISBURY — A 47-year-old woman died after the vehicle she was driving crashed into the entrance of The Crescent near Laurel Valley Way in Salisbury.

The incident occurred around 3 p.m. on Sunday, according to the Salisbury Police Department. The woman’s car traveled off Jake Alexander Boulevard and through bushes before crashing into the stone barrier at the entrance to the community. Police say the woman may have suffered a medical emergency while driving that caused her to crash.

The woman’s husband, a passenger in the vehicle, did not sustain any serious injuries.