WASHINGTON — The House Ethics Committee is investigating allegations that Republican Rep. Madison Cawthorn had a conflict of interest in a cryptocurrency he promoted and engaged in an improper relationship with a member of his staff, the panel said Monday.

The investigation is just the latest moment of high-profile scrutiny for the North Carolina Republican, who will be leaving Congress at the end of the year after losing his primary race last week to state Sen. Chuck Edwards. Cawthorn’s defeat came despite support for his reelection bid from former President Donald Trump.

Rep. Veronica Escobar, a Democrat from Texas, and Rep. Michael Guest, a Republican from Mississippi, will lead the review of Cawthorn. The panel cautioned that the opening of the investigation does not mean that he violated House rules.

In a statement, the congressman’s chief of staff, Blake Harp said they “welcome the opportunity to prove that Congressman Cawthorn committed no wrongdoing and that he was falsely accused by partisan adversaries for political gain.”

The allegations of a potential conflict of interest stem from an April article in the Washington Examiner that reported Cawthorn may have violated federal insider trading laws when he promoted the meme coin LGB, named for the chant “Let’s Go Brandon” mocking President Joe Biden.

Cawthorn promoted the LGB coin in a Dec. 29 Instagram post where he was pictured with the hedge fund manager of the cryptocurrency. The next day, NASCAR driver Brandon Brown announced a deal with the coin, raising questions about whether Cawthorn had advanced nonpublic knowledge of the announcement, according to the Examiner.

The committee did not provide any further details on Cawthorn’s alleged “improper relationship.”

The 26-year-old lawmaker’s political career has been upended by a series of salacious headlines that contributed to his downfall in last week’s primary. Since October, he has been stopped by the police three times — two in which he was cited for speeding and one for driving with a revoked license. He’s been caught with guns at airport checkpoints twice in the past year, including three weeks ago. And in March, as the Russian invasion into Ukraine was deepening, Cawthorn called Ukrainian President Volodymyr Zelenskyy a “thug” even as many of his GOP colleagues were pledging support for Ukraine’s government.

In the final weeks of Cawthorn’s primary campaign videos emerged that showed him in sexually suggestive poses, which he has said were from several years ago and were meant to be funny.

Cawthorn has acknowledged the speeding and gun citations as failings, but has dismissed the videos as part of a “drip campaign” by his political enemies, of which he has included some establishment Republicans, to drive him out of Congress.

“I am on a mission now to expose those who say and promise one thing yet legislate and work towards another, self-profiteering, globalist goal,” Cawthorn said in social media post after losing his primary last week. “It’s time for the rise of the new right, it’s time for Dark MAGA to truly take command.”

Also on Monday, the ethics committee said it was investigating two other Republican lawmakers, both for improperly spending certain congressional and campaign funds, among other issues.

The Office of Congressional Ethics, the independent office that pursues any potential wrongdoings by House members, said in a report that it found “substantial reason to believe” Rep. Alex Mooney, R-W.Va., improperly accepted a free trip for him and his family to Aruba from a company that also provided services to his campaign, and used his congressional staff to plan the vacation.

Ryan Kelly, a spokesperson for Mooney, said in a statement that the lawmaker plans to cooperate with the ethics probe but that the findings of its investigation were “tainted from the outset by the OCE’s procedural irregularities and denial of due process.”

The watchdog group also concluded that Rep. Ronny Jackson, R-Texas, used campaign funds to pay for “unlimited access” to a private social club in his state. In a response to the committee, Jackson’s attorney Justin Clark argued his client made the purchases at the Amarillo Club for campaign-related reasons and therefore it is within the federal guidelines for personal use of campaign funds. 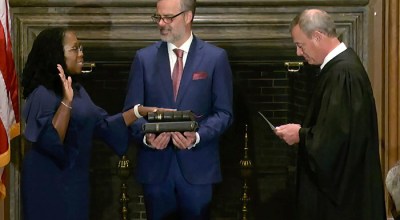