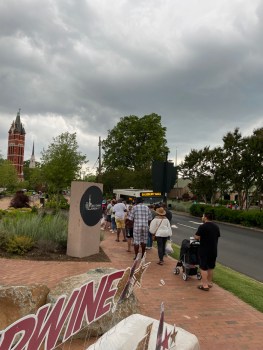 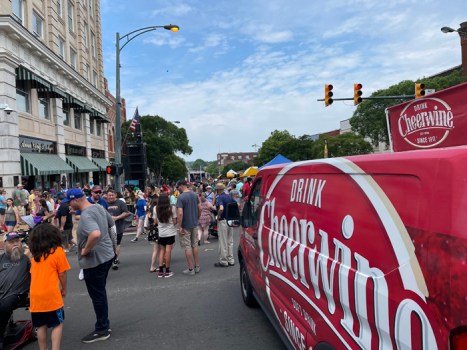 Crowds fill the intersection of Innes and Main streets on Saturday for the Cheerwine Fesrival. Paris Goodnight/Salisbury Post 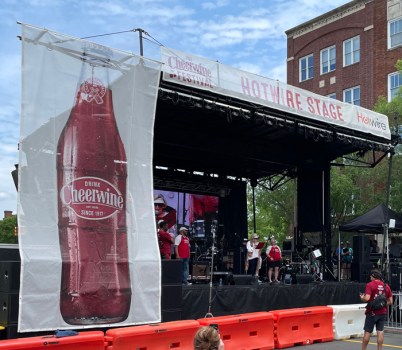 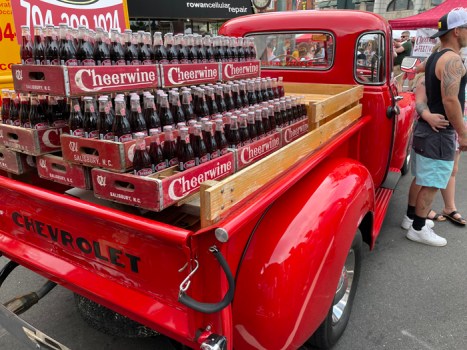 All things Cheerwine were on display. 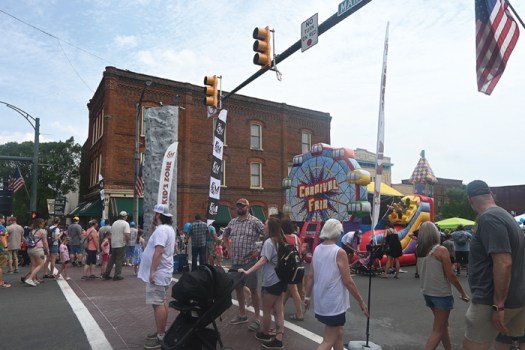 SALISBURY — The Cheerwine Festival is back and crowds have been filling downtown all day as fans enjoy activities in the soft drink’s hometown. A brief thunderstorm rolled in this afternoon and led many to head for the shuttle buses to get away from the raindrops.

But crowds returned quickly after the storm blew through and the 2022 Cheerwine Festival continued on until the Spin Doctors wrap things up at 10 p.m. Even with the rising temperatures, there was plenty of Cheerwine available to cool people down — even as cooler breezes followed the storm.

Since the inaugural event in 2017, held to coincide with Cheerwine’s 100th anniversary, the festival has had a $1.5 million impact on the area’s economy, according to estimates. With so many activities to offer, including rock climbing and bounce houses for the kids, it’s not a surprise how the festival already has families lining up at various vendors for everything from bags full of Cheerwine popcorn to New Sarum’s awaited Cheerwine beer.

For more details see Sunday’s Salisbury Post and for information on the festival, visit http://cheerwinefest.com