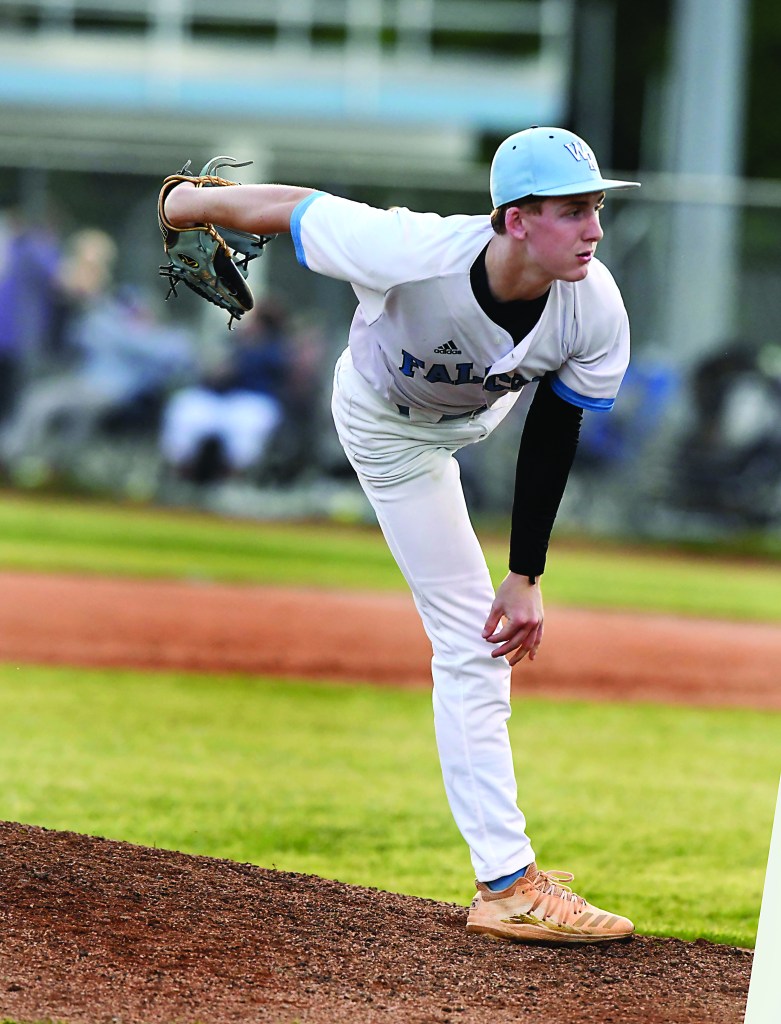 Casey Gouge. Photo by Wayne Hinshaw, for the Salisbury Post

Rowan County American Legion baseball got started on Saturday at Newman Park with a 12-3 win against Eastern Randolph in the first game of a non-league doubleheader.

The game started late due to a rain delay.

The West Rowan ace struck out 10, with no walks. He allowed one hit and no runs in the first five innings before weakening some in the sixth. Casey Crawford walked two in the seventh but was able to finish off Post 81.

Luke Graham had a two-run double and drove in four runs to pace the  Rowan offense. Matthew Connolly and Zander Burton had doubles.

An entertaining pitcher’s duel early, the game turned into a walk-fest late.

Rowan scored three in the fourth, five in the fifth and four in the sixth. Rowan took advantage of five walks and two HBPs in the sixth.

In the second game, Jake Blevins, a West Rowan right-hander headed to Pfeiffer, kept Rowan in the game until the bats got going in a 3-2 victory.

Rowan trailed 2-0 in the bottom of the sixth when Aiden Schenck’s double, Burleyson’s single and Drew Burton’s double got Rowan even.

After Cole Johnson, Drew Burton and Graham (1-0) got Eastern Randolph out in the sixth and seventh, Rowan staged the winning rally with two walks and a hit by Deal loading the bases.

Schenck then delivered a walk-off hit off the wall.

Rowan is off on Sunday but will host Greensboro on Monday at 7 p.m.