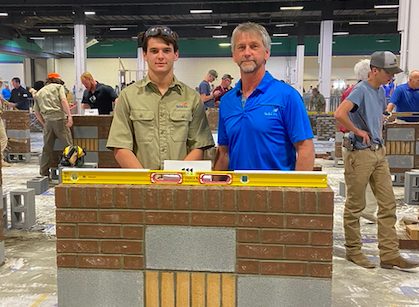 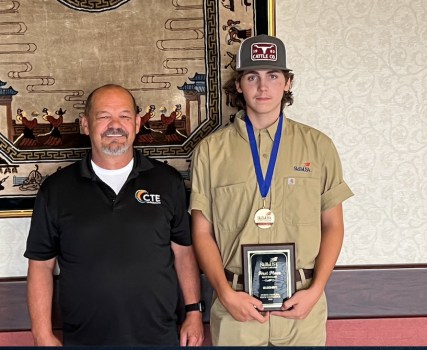 Rowan-Salisbury Schools sent 19 students from four high schools to be part of the competition held at the Greensboro Coliseum in masonry and carpentry categories.

West Rowan High School took four high placements in the masonry three bracket, which is intended for the most advanced students.

West senior Anderson Pruett took first place. He won the regional competition held at the Rowan County Fairgrounds in 2021. West has been prominent in masonry competitions for the past few years. Recent graduate Grant Helms won a state apprentice competition in 2021 and went on to win the Mason Contractors Association’s contest and the Junior Brick Layer 500 at the national level later in the year.

Pruett said he has always been interested in competitions. He has raced motorcycles and dirt bikes since he was a kid. When he started taking masonry classes in high school, he did well and placed third in the state in masonry one.

“It kind of lit a fire under me after that,” Pruett said. “I wanted to do better because I knew I could.”

The COVID-19 pandemic led to the cancellation of the state competitions for the past two years, but Pruett said he still put in the work to place well this year. He wants to enter the field after he graduates, stay local and see if the trade is what he wants longterm.

“For me I think our secret is we just work hard,” West masonry teacher Rodney Harrington said.

He said the school has not always been so successful in competitions and he is enjoying it while he can. He has to work to instill a strong work ethic in his students, but upperclassmen performing well and working hard on their projects inspires younger students just starting the program. He credited his own father for teaching him the value of encouraging people around him.

East Rowan masonry teacher David Payne said he hosts competitions in his own shop to pick out who will go to higher level competitions the next year. He tries to not spend all his time on the most promising students.

“I want to teach all of them,” Payne said.

Harrington and Payne both came to the district from the construction industry, and neither ever expected to be teaching — or to find how rewarding it was for them.

Payne said seeing his students do well gives him a sense of fulfillment.

“That is the best feeling in the world, to be honest with you,” Payne said.