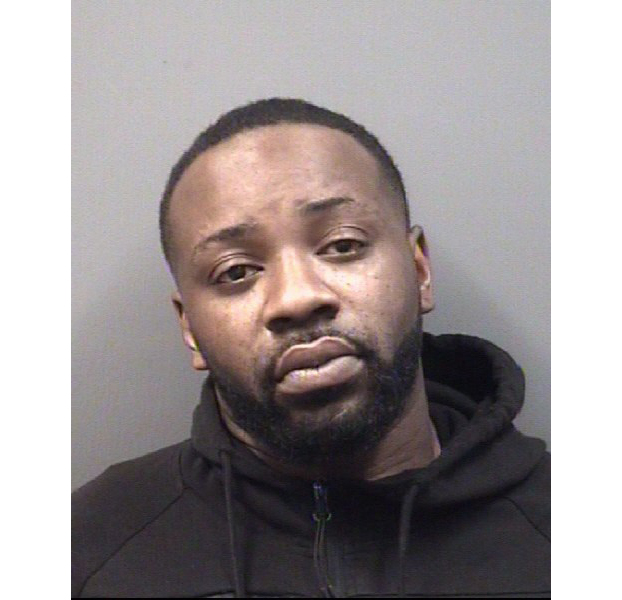 SALISBURY — A Virginia man was taken into custody in Salisbury on Wednesday after a police chase along a major road in the city and through several intersections.

Kedrian Jarell Fitzgerald, 32, has been charged with assault with a deadly weapon on a law enforcement officer, felony possession of a schedule two controlled substance, driving while impaired, speeding to elude arrest, and possession of drug paraphernalia in connection with the arrest.

The Rowan County Sheriffs Office reported that a light blue Hyundai Elantra was initially noticed at around 3 p.m. by a deputy after driving off of the road at Highway 70 and Highway 801. The deputy began pursuit of the vehicle   and the driver repeatedly ran off the road after turning toward    the Woodleaf area.

During the chase, the driver maintained speeds of around 50 mph and another deputy joined in the pursuit as the suspect made a turn onto Jake Alexander Boulevard.

As the chase continued, portions of the road were shut down for the safety of other drivers and additional law enforcement officers arrived to assist.

North Carolina State Highway Patrol was able to put out stop sticks on the road. They  punctured both driver side tires and the driver struck several other vehicles, including a law enforcement vehicle.

Although the driver continued attempting to flee, a Rowan County deputy was able to employ a pit maneuver to further disable the vehicle shortly before reaching the intersection with South Main Street. The technique caused the driver to spin around and hit a Salisbury Police SUV before coming to a stop beside a car dealership. He was then placed under arrest.

Officials report that a baggy was collected from an intersection that had apparently been tossed from the vehicle during the chase. Authorities also found a black set of scales with white residue by the passenger seat.

Fitzgerald received a $50,000 secured bond and was scheduled to appear in court on Thursday.