Council unanimously approved the voluntary annexation of six parcels totaling 64 acres on Peeler Road. The annexation will pave the way for the construction of a 710,600-square-foot Class A industrial building. Voluntary annexation allows for city sewer and water connections.

The building would be located just off exit 71 on I-85, near Love’s Travel Stop. Called the Innovation Logistics Center, the facility is being developed by Crow Holdings Industrial and is expected to attract a manufacturing or distribution operation.

The project description says the facility will have an estimated value of $69 million and will generate approximately $500,223 in property tax revenues for fiscal year 2024-25. Matt Cochrane with Crow Holdings Industrial told Council on Tuesday night that the facility will actually be close to an $80 million project.

“We see this as a great development,” Cochrane said.

Ed Pietryk, who currently owns about 60 of the total 64 acres, spoke in favor of the project during a public hearing on the annexation request.

No one spoke against the annexation at the Council meeting, but new Salisbury Senior Planner Victoria Bailiff said two people voiced concerns about traffic generated by the logistics center at a Salisbury Planning Board meeting. Bailiff said the citizens were particularly worried about how traffic would impact nearby Southeast Middle School, which is located a little farther from I-85 on Peeler Road.

Cochrane said he doesn’t foresee that being an issue.

“We see our trucks and cars or employees coming in off Peeler and taking a right and taking a left back out,” Cochrane said. “There’s really no reason to continue going east.”

Cochrane said the company is working to conduct a traffic study to determine the center’s potential impact on traffic on Peeler Road.

Along with approving the annexation, Council approved rezoning the property from the Rowan County zoning of rural residential, rural agricultural and commercial, business, industrial to Salisbury zoning of light industrial. Council members noted that the construction of the logistics facility would have been allowed under the previous zoning as well.

Council unanimously approved the voluntary annexation of 134.3 acres located on Harrison Road, adjacent to Food Lion’s headquarters. The property is being developed by Adam Fiorenza into a subdivision with 136 single-family homes. An annexation will allow connection to city sewer and water utilities. The entrance to the subdivision will be on Harrison Road, requiring some road improvements.

When asked about specifics of the development, Fiorenza told Council members that lots would likely be 60 feet by 120 feet. He was hesitant to project prices but estimated the homes will range from approximately $250,000 to $350,000. Homes in the development would range from about 1,800 square feet and to more than 3,000 square feet, Fiorenza said.

No one spoke in favor or opposition to the annexation request.

Council unanimously approved the rezoning of a split-zoned parcel of about 10.91 acres at 0 Willow Road from urban residential and general residential to strictly general residential. The rezoning will pave the way for Smith Douglas Homes to develop a subdivision with approximately 74 single-family homes. The subdivision’s entrance will be on Statesville Boulevard, not far from Carolina Farm Credit.

The 10.9-acre parcel is one of three adjoining parcels the company plans on developing into the subdivision. Elijah Geniesse of Smith Douglas Homes said homes will likely range in size from 1,800 to 3,000 square feet but said it’s a “moving target.” He said he couldn’t commit to project prices for the homes yet.

Donald Griffin, a resident who lives on Willow Road, spoke in opposition to any planned development in the area. Griffin, who identified himself as a retired civil and professional engineer, said the soil in the northern part of the property wouldn’t be good for a housing development because it’s sloped downward and in a state of erosion. Griffin also said he was worried about construction vehicles using Willow Road to access the property.

Spencer McNab, an engineering consultant with BGE Inc., said the plan is to not impact the northern part of the property. Griffin shouldn’t worry about construction traffic, McNab said, because the company plans for construction vehicles to enter the property from Statesville Boulevard through a piece of property the company is under contract to purchase.

• City Council planned a special meeting next Tuesday at 5 p.m. to receive the proposed budget for fiscal year 2022-23. The meeting will be held in a hybrid format and the public may attend virtually by using this link: https://bit.ly/37HUAqq. The meeting will also be streamed live at salisburync.gov/webcast and on the City’s Facebook account.

• Council approved recommending the City Motor Company property at 419 S. Main St. for nomination to the National Register of Historic Places. The buildings on the property were constructed from 1946-1958. The property is already located in the city’s historic district, but is not within a national register district. Salisbury planner Emily Vanek said being listed on the National Register of Historic Places would allow the property owner to apply for historic rehabilitation tax credits from the state and federal government. The public has until June 8 to provide comments on the property.  Vanek can be reached at 704-638-5311 or at emily.vanek@salisburync.gov.

• Council member Anthony Smith said he would be praying for Buffalo, New York, after the attack on a supermarket in the city that left 10 people dead and three others injured. Authorities say the shooting was racially motivated with the shooter targeting an area where Black people live. 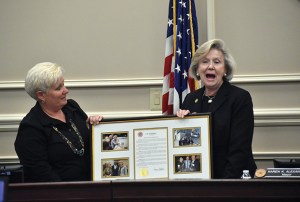 Editor’s Note: This story has been updated since its initial publication to correct the spelling of a name.