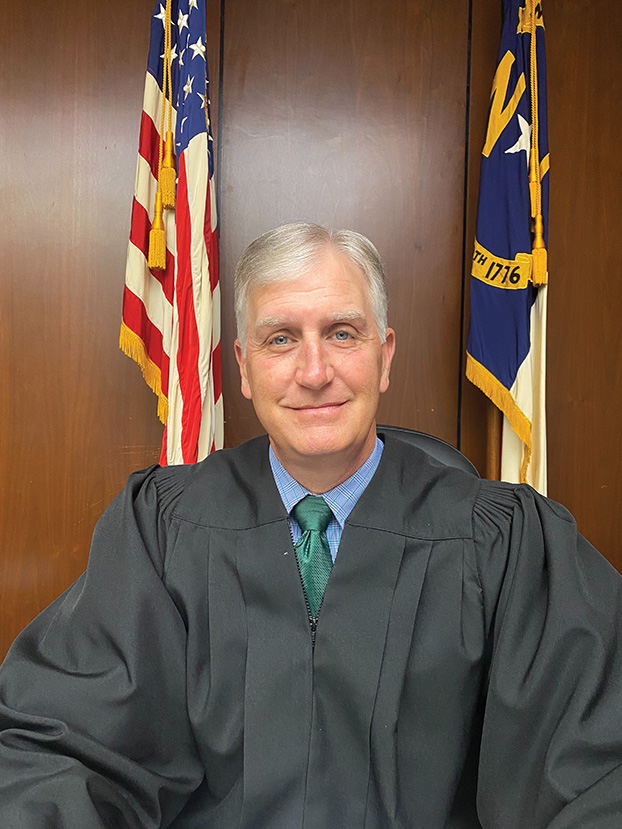 SALISBURY — Todd Wyrick, a Rowan County magistrate, is the presumptive next clerk of Superior Court for the county after finishing with a definitive lead in Tuesday’s Republican primary.

Wyrick claimed 54.94% of the preliminary vote count to opponent Rebecca Saleeby’s 45.06%. In total, Wyrick garnered 8,038 votes to Saleeby’s 6,592. The results are not final until the Rowan County Board of Elections has finished canvassing 10 days after the election.

“I talked to people all over the county, especially in the criminal justice system, and it just makes me feel like everything we’ve done is for a purpose, and the right purpose,” Wyrick said. “To say I’m ecstatic… there’s not much else I could say.”

Wyrick said his priorities are to make sure his staff members are properly trained and in the position they want. He noted there are a lot of changes expected with a new computer system coming in a couple years and there will be conversations with people in the courthouse on how to use that system on a daily basis. He said his goal is to make it user friendly for everyone in the courthouse from personnel to local attorneys.

This was Wyrick’s first political race and he said it was eye opening. He was complimentary of his opponent.

“Ms. Saleeby and I have known each other for many years and we started from the beginning saying it would not be about the other person, just us both running our campaigns,” Wyrick said. “I have nothing bad to say about her. She is a great person.”

Wyrick said he wanted to thank his supporters and family for sticking with him.

“Everyone has supported me for the past two years and I can’t thank them enough,” Wyrick said.

Saleeby said she also wanted to thank her supporters and volunteers who helped on her campaign. She is retired from the Administrative Office of the Courts and said she worked harder on this campaign than any job she ever had.