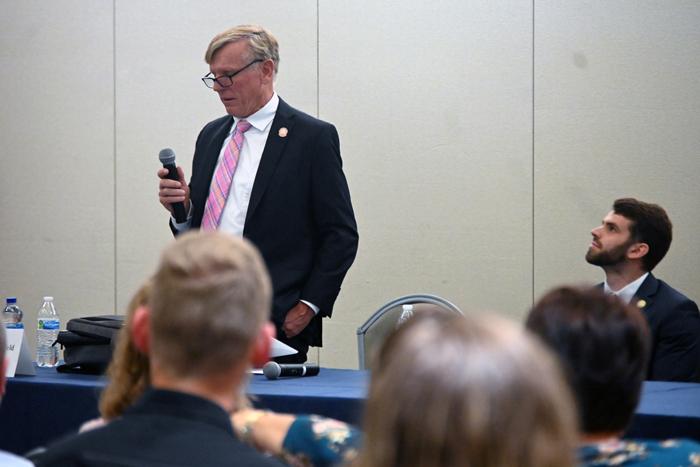 Kevin Crutchfield hardly had time to catch his breath as the primary was going on Tuesday, but he finally had a chance to “digest this moment” after claiming victory with the final unofficial results.

After coming into the District 83 Republican race a little more than two months before Tuesday’s primary, Crutchfield could claim victory in the competitive contest.

The business owner in Midland explained that after running such a fast-paced campaign, he was ready to get back to taking care of his family farm before heading to Raleigh.

He expressed confidence in comments to the Post on Tuesday evening that he would begin “looking for opportunities to do something for the state and the citizens of North Carolina” as the winner of the primary.

The final tally of precincts reporting to the state Board of Elections showed 4,333 votes for Crutchfield, 3,109 for Brad Jenkins and 2,167 for Grayson Haff.

While Jenkins, the former chair of the Rowan Republicans and the pastor of Chapel Street Baptist Church in Landis, got more votes in Rowan County, Crutchfield won Cabarrus County by a comfortable enough margin to gain the nod.

Jenkins said after the race that he wanted to offer “congratulations to Kevin Crutchfield on his victory in the race for NC House District 83.” He also expressed his desire to “thank all of the good folks who supported our campaign efforts” and that he was “overly pleased with our team having kept an honorable name for the entire campaign.”

Jenkins added that moving forward, he would be stepping away from politics to “continue serving my Lord and savior Jesus to the betterment of our community.”

Haff was unable to be reached for comment Tuesday evening.

District 83 opens up a new House seat that was drawn to include southwestern Rowan County and eastern Cabarrus County, areas with growing and largely rural populations.

Major issues that dominated the race during the primary included concerns about infrastructure, taking care of law enforcement and education.