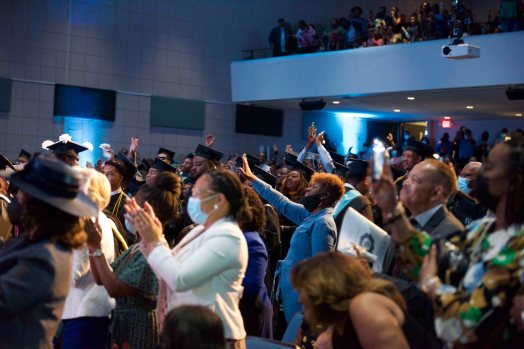 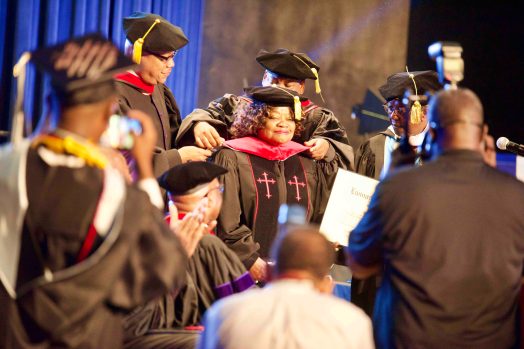 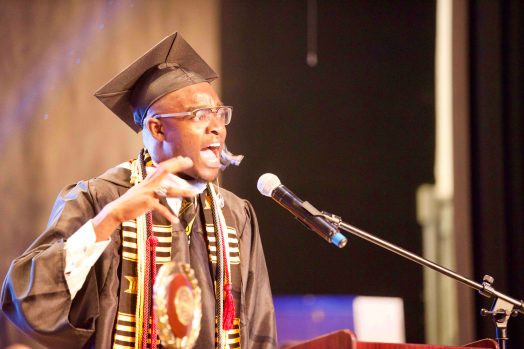 Carl Blankehship/Salisbury - Student Body President and Co-Valedictorian Justin Wade speaking to the crowd. He recieved a standing ovation for his speech focusing out calling out the haters, giving credit to support groups and crediting God. 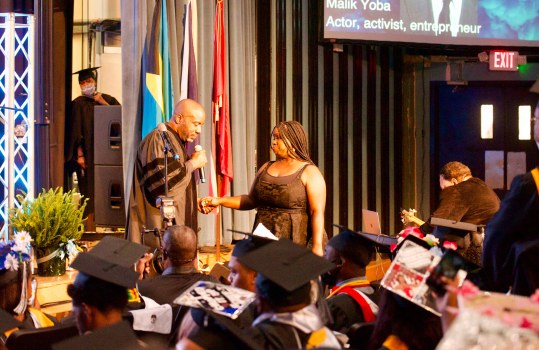 Carl Blankenship/Salisbury Post - Actor Malik Yoba and singer Virginia Rush. Yoba said Rush's song preceding his address touched him. He told the crowd he had three birthdays: the day he was born, the day he was shot 10 years before filming "Cool Runnings" and last August when he survived quadruple bypass heart surgery. 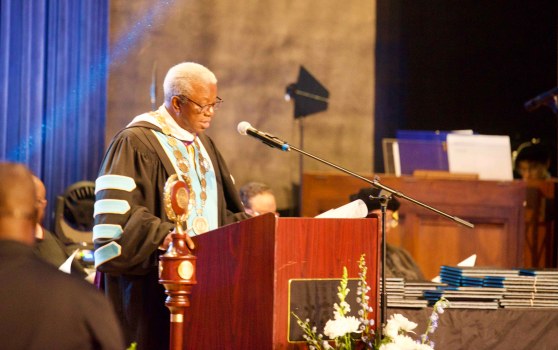 Carl Blankenship/Salisbury Post - Livingstone President Jimmy Jenkins speaking during convocation. Jenkins is retiring and this is his last ceremony with the college. 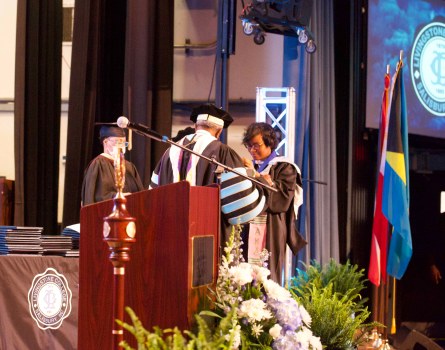 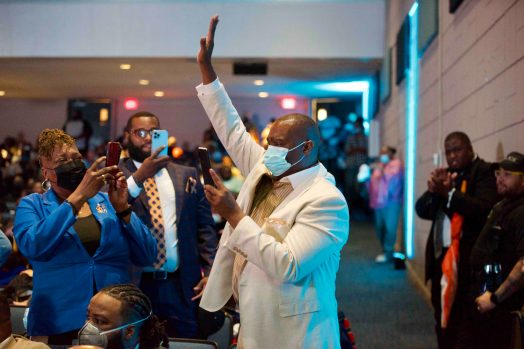 Carl Blankenship/Salisbury Post - Justin Wade's father standing up and filming his son after being recognized during the student body president's speech.

SALISBURY — Livingstone College graduated its latest class from the longstanding institution on Saturday morning with a ceremony filled with music, applause and some powerful speeches.

This was Livingstone President Jimmy Jenkins last convocation as the longtime administrator is retiring and he told the crowd it was a special occasion for him.

Student Body President Justin Wade delivered a speech that brought the crowd to its feet. He thanked the haters, his support system in his family — shouting out his parents in the crowd — and God.

The keynote address came from actor Malik Yoba, known for his starring role in sports comedy film “Cool Runnings” as well as a long list of other film and television roles. He started his address off in song, inspired by singer Virginia Rush’s performance that preceded his speech.

Yoba implored students rocking sunglasses for graduation to take them off so he could see their eyes. He talked to them about his three birthdays: the day he was born, the day he was shot and when he went through a quadruple heart bypass.

He implored the people in the crowd to take their health metrics like cholesterol seriously and described being lucky enough to have enough artery to graft from his arm to not require surgeons to take material out of his leg.

“It was already there, divinely made so I could be here today with you,” Yoba said.

He told this crowd this was the best graduation he had ever been to, and he had spoken at many. His talk ran the gamut of advice for the young crowd and talking about the initiatives of his company Yoba Development for people of color to take part in building the places the live and partnering with places like Livingstone.

Yoba was one of the recipients of honorary doctorates later in the program.