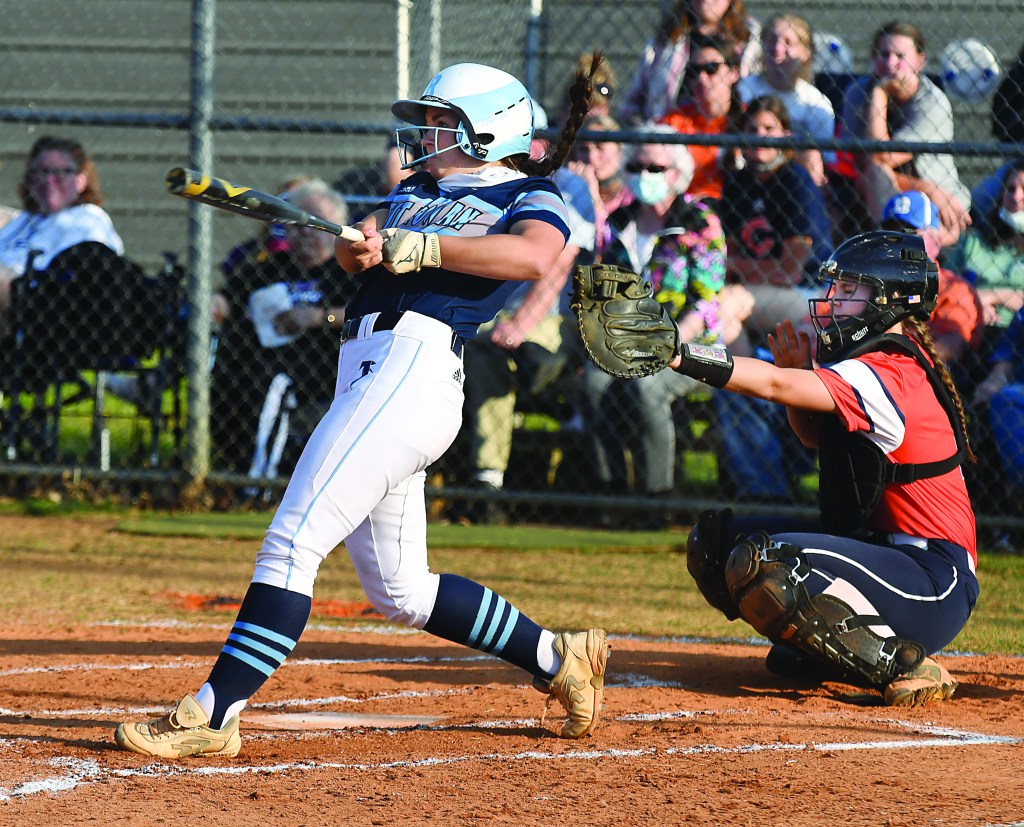 CONCORD — Central Cabarrus scored in the bottom of the seventh and beat West Rowan 2-1 on Friday in the second round of the 3A softball playoffs.

The loss ended the softball season not only for the Falcons (19-6), but or Rowan County, as Carson and East Rowan lost road games on Thursday.

Fifth-seeded Central (22-4) had seen enough of West slugger Emma Clarke and intentionally walked the sophomore all three times she came to the plate.

Haylee Salter’s sacrifice fly in the fourth tied the game at 1-all.

Lacie Coubal scored for the Vikings in the seventh. She got on base on an error, stole second and came home on a walk-off hit by Emma Salter.

Central pitcher Brantleigh Parrott struck out seven and didn’t walk anyone other than the passes to Clarke.

Parrott allowed two hits. Ashlee Ennis had an infield hit for the Falcons.

Freshman pitcher Arabelle Shulenberger allowed seven hits. She walked one and struck out one.

Next for Central Cabarrus is a road game at Central Davidson.