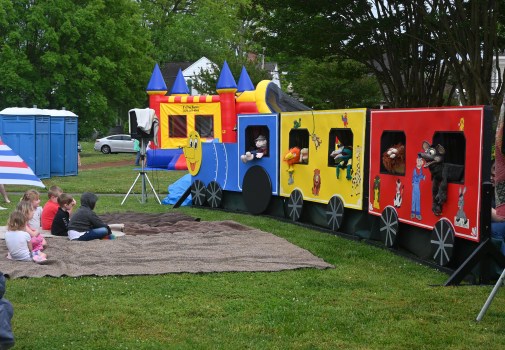 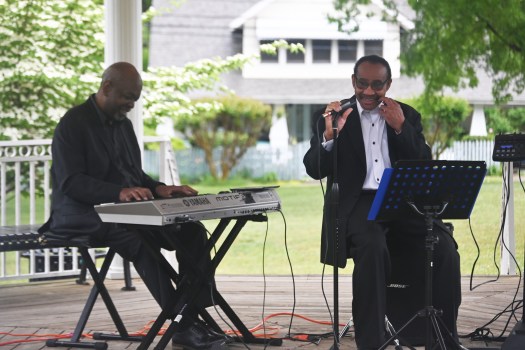 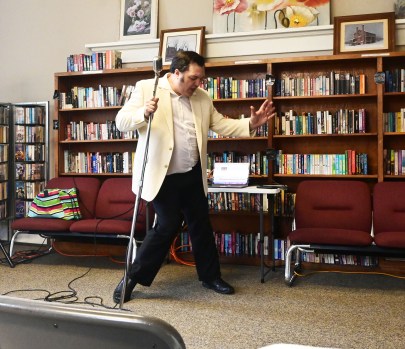 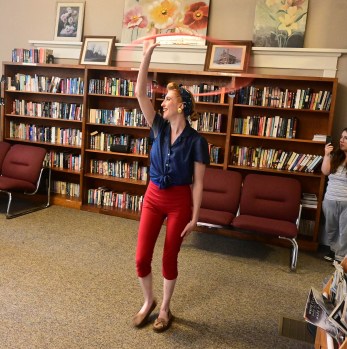 SPENCER — The library isn’t always a place for hushed voices and diligent reading.

Elvis Presley could be heard from outside as he shook up the commonly quiet halls, making himself known as one of many performers set for the weekend.

On Saturday, Spencer Public Library teamed up with Central United Methodist Church to bring the circus to town along with three live performances in tribute to ’50s music and art.

Outside of the library, children sang along to gospel tunes and interacted with the different animals aboard the CUMC circus train while snacking on free bags of popcorn. The church also brought along a bouncy house and classic outdoor games including corn hole, tic tac toe and the ring toss.

“I started singing at 17 years old,” Zaid said. “When I joined The Platters, the music we sang was called pop music at the time, then it became rock and roll for some reason even though it didn’t sound like it, at least not to me. Then it became doo-wop, so I came to bring a little something of everything.”

Outside of Spencer, Zaid has traveled the world with his former group from South America to Singapore where he had the opportunity to perform a show on the water for eager fans. He recalled the experience as being “absolutely incredible” and named it his favorite performance.

Elvis tribute performer Chris Ellis brought the rock and roll with tunes including “Heartbreak Hotel” and “Don’t be Cruel.” In addition to his role as Elvis, Ellis coordinates music at his church in Virginia. Sometimes he combines those two passions.

“Yes, I do perform as Elvis sometimes for my church,” Ellis said. “It’s more of a hobby for me. I don’t do it professionally. My grandmother was a huge fan of him so it really influenced me as a kid. I would mimic his voice as I started getting older and by the time I got to college, I started performing as Ellis Presley.”

Those in the library snacked on hot dogs from Hot Diggity Dogs and Catering from Salisbury. The last performance of the day was from professional fire eater and hula hooper Rachel Nershi, who performs under the stage name DandiLion. Kids lined up to try out the tricks and spins with hula hoops including ones lined with colorful LEDs for a one-of-a-kind lesson.

The event spanned from 3-7:30 p.m. to promote the local library and experience a new era of arts. For future Spencer Public Library Events, go to the Facebook page at https://www.facebook.com/Spencer-Public-Library.