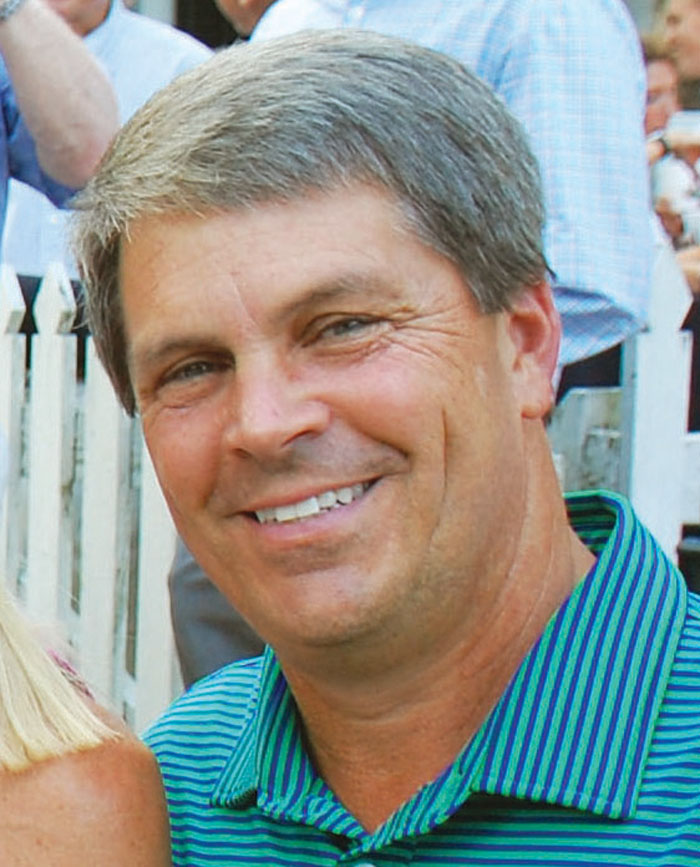 Jeff Childress, a coaching and administrative fixture at Catawba College for 28 years, is headed to Pfeiffer.

Childress has accepted a position as vice president for athletics and external relations at his alma mater. He’ll be leaving Catawba at the end of the month to try to do some of the same things for Pfeiffer that he did for Catawba.

Childress has been one of the key figures in the growth of the Catawba Chiefs Club and the success of the Catawba Sports Hall of Fame, and he’s had a hand in the facility upgrades.

He was one of those people behind the scenes who brought people and projects together for  the Indians.

Livingstone tied for eighth in the 20-team Atlantic/East Regional held at Victor, N.Y.

UNC Greensboro’s Nick Lyerly (East Rowan) will be playing May 16-18 as an individual in the D-I regional being held at the PGA National Resort in Palm Beach Gardens, Fla.

John Owen (East Rowan) pitched a complete game to lead Pfeiffer to a win in the first round of the USA South Tournament. Owen struck out seven and didn’t walk a batter. The grad student has a 5-4 record for the Falcons.

No official word from the school yet, but many sources indicate Catawba will be making a head-coaching change.

The Indians were 5-33 this season and 1-23 in South Atlantic Conference play.

Queens University, a power in men’s basketball in the South Atlantic Conference and a rising force in baseball, announced that it’s making a move to Division I athletics.

Queens will begin a transitional period toward Atlantic Sun Conference membership in July. This will be a four-year transition period.

The 36-hole State Championships are set for Monday and Tuesday.

Salisbury’s team will be in action at Foxfire (Red), as well as West Davidson’s team.

Gray Stone’s Finley Church, Wyatt Reeder and Jacob Trainor were individual qualifiers for the 1A State Championships at Longleaf.

Next for the qualifying track and field athletes are the regionals, with athletes attempting to post a top-four finish to move on to the state events.

Salisbury’s Will Koontz won a match in the individual 2A State Championships, but lost in the quarterfinals.

The Salisbury doubles team of Colin Donaldson/Gray Davis lost in the first round.

South Rowan’s Joey Caraccio lost in the first round in the 3A State Championships.

Sutton Webb bumped her career total to 132 goals on Thursday by accounting for all of Salisbury’s goals in a 4-0 win against Gray Stone.

Webb scored three times in the second half. She broke a record (128) previously held by South Rowan’s Madison Henry.

West lost 4-3 to Concord Friday when the Spiders scored with 2.5 seconds left on the clock.

Lesli Guerrero, Selma Mehmedovic and Mia Arntsen scored for the Falcons. Anna Mead had two assists, while Rebekah Walters had one.

• A.L. Brown beat two higher-seeded teams, including regular-season champion Mooresville, in the Greater Metro Conference Tournament, but the Wonders lost 2-0 to Hickory Ridge in the championship game. Elon-bound Anna Dew pitched the shutout for the Bulls.

Playoff seeding for softball will be announced on Monday.

West Rowan (9th in 3A West RPI) is certain to get a first-round home game. Carson and East Rowan are in the playoffs, but are on the home/road bubble as far as the first round. South Rowan will have a first-round road game.

The Wonders and Davie will be in the 4A playoffs. Both will be on the road in the first round.

Seeds will be announced on Monday and first-round playoffs games are scheduled for Tuesday.

Brackets are filled by 32 teams. Salisbury is No. 33 in the 2A West RPI rankings.

South Rowan will be the No. 1 seed in the 3A West bracket by virtue of Thursday’s exciting 5-2 win against East Rowan. The Mustangs would have been seeded No. 1 in the bracket had they won that game.

Wherever the Mustangs are seeded, they — and South — have the bats, the pitching and the defense to have realistic state-championship aspirations.

East will be at home for the first round.

Northwest Cabarrus (17th) looks like a road team in the first round, and it’s possible South could be seeing one of its familiar SPC foes as early as the second round.

But that’s looking ahead, and it doesn’t pay to look ahead in one-and-done playoffs.

Any stud pitcher can beat you on a given night.

It’s all coming together: Raiders playing their best baseball…