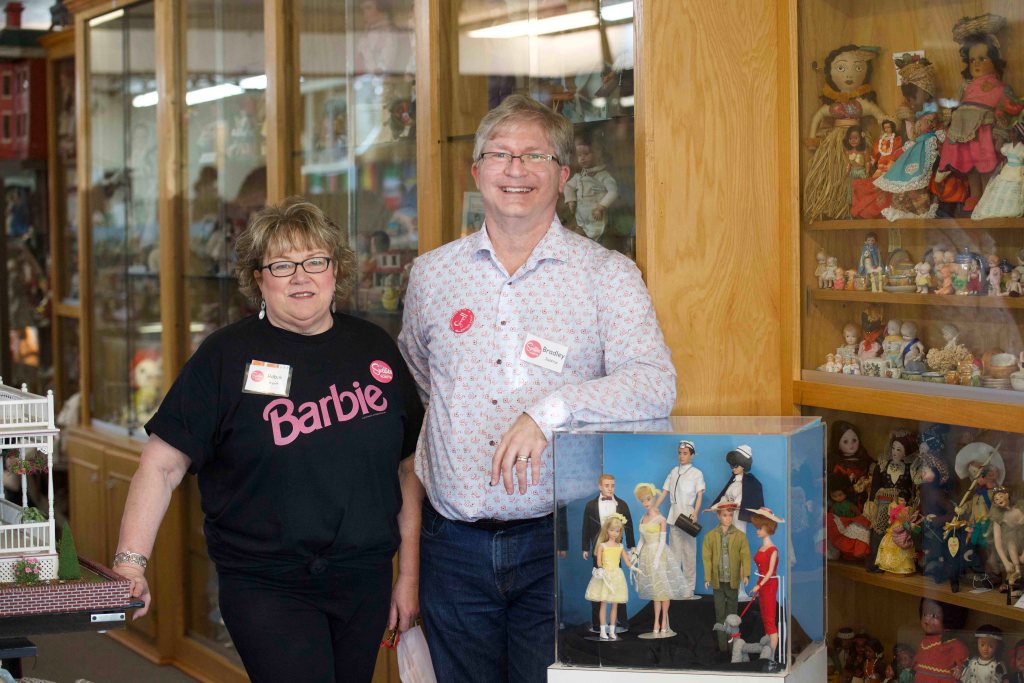 SPENCER — Bradley Justice has been a doll collector since he was a kid and he sees the value in a local museum’s effort to preserve the history of the hobby.

Justice said the N.C. Museum of Dolls and Toys seemed like a natural beneficiary for his fundraising efforts.

“Why not support them and make a huge difference in what they’re doing in Spencer?” Justice said.

Justice, a notable Barbie collector and dealer, has now been holding fundraisers for the museum for seven years and each year features a curated collection lecture on some aspect of classic American doll pattern.

“I’ve been a Barbie and doll collector since I was 11,” Justice said. “I’m passionate about research and history, so what I decided to do is share that.”

His first lecture was about the enigmatic original Barbie designer Charlotte Johnson. Justice said the event was planned as a one-off, but it was so successful another was planned, and then another and so on until present day.

In 2020 the event was expected to be canceled, but Justice’s friend convinced him to hold it online instead.

“Instead of just having an event with 60 people in-person, we actually did it for 170 people all around the world and we raised probably 10 times the amount of money that we had,” Justice said. “People from all around the world, from as far as Australia, were making donations to this little museum in Spencer and make a difference in a museum they may never get to visit.”

Last year’s event raised $16,000 for the museum that makes a big difference for the nonprofit.

“We always have some way of raising funds for the museum,” Justice said. “Last year we put the roof on the museum.”

This year’s lecture was dubbed “A Swell Roadtrip.”

Justice tied the lecture into 1966, an important year of changes for Barbie. Justice said part of the lecture was about a “dark age” for Mattel and how it impacted the toys they produced at the time.

Museum Board Chair Robin Wyatt said the fundraiser combined three events over the course of the week: a weeklong virtual event, the in-person event at the museum and an event at a Durham restaurant on April 30.

The museum was a stop on the road trip. Attendees on April 29 got retro boxed lunches filled with midcentury snacks. There were also raffles at the event for collectibles, including premium raffles for a one-of-a-kind ’60s professionally customized Barbie car and a custom doll furniture.